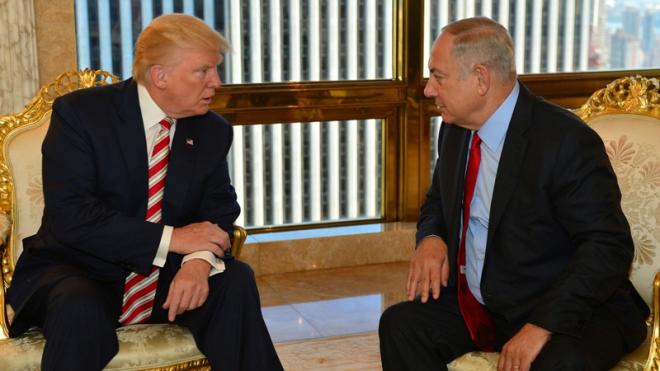 Axar.az reports that, according to a White House statement issued on Sunday night, the two men held a telephonic conversation during which they “agreed to continue to closely consult on a range of regional issues, including addressing the threats posed by Iran.”

Trump underlined the importance of the close relationship between Washington and Tel Aviv, promised to work toward Israeli-Palestinian peace, and stressed that countering ISIL and other terrorist groups will be a priority of his administration, the statement said.

The statement also said that the US president “affirmed his unprecedented commitment to Israel’s security.”

Netanyahu, in a statement released by his office, claimed Trump invited him to Washington next month.

During a cabinet meeting held earlier on Sunday, Netanyahu once again opposed the nuclear agreement between Iran and the P5+1 group of countries.

Iran and the five permanent members of the UN Security Council – the United States, France, Britain, China and Russia – plus Germany reached the nuclear agreement, known as the Joint Comprehensive Plan of Action (JCPOA), in July 2015 and started to implement it on January 16, 2016.

Netanyahu said that stopping what he described as the “Iranian threat” and overturning the nuclear deal continues to be a key objective of the regime of Israel.