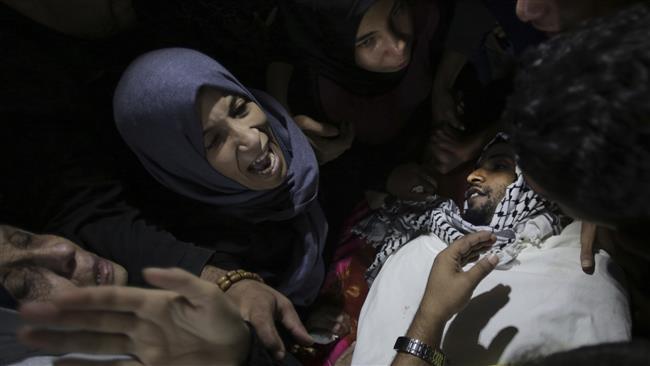 The Council of Europe’s parliamentary arm has adopted a resolution, slamming the regime in Tel Aviv for “systematic unlawful killings” of Palestinians in the so-called buffer zone between the blockaded Gaza Strip and Israel.

The Council’s Parliamentary Assembly passed the resolution on Tuesday with 46 votes in favor, 12 against and two abstentions during a session at its headquarters in Strasbourg, France.

The resolution was drafted based on a report compiled by Swedish politician and Assembly member Eva-Lena Jansson.

The report charged Israel with “excessive and intentional force without justification against Palestinian civilians in the buffer zone, including against farmers, journalists, medical crews, and peaceful protesters, [which] runs blatantly counter to human rights principles and the international law-enforcement standards.”

“Cases of the deliberate fatal shooting of individuals who posed no imminent danger to life amounts to an appalling pattern of apparently systematic unlawful killings,” it added.

Citing data gathered by a Palestinian NGO, the report said Israeli forces had killed 136 Palestinians in the area, including 20 children, since 2010.

Elsewhere, the unwarrantable shootings against Gaza fishermen -- which regularly damage their equipment -- have reduced the people of the profession “to severe poverty and unemployment,” the report added.

It also pointed to Israel’s 50-day war against the besieged coastal enclave in 2014, saying the military offensive left a “huge number of people” dead and heavily destroyed civilian structure there.

“It is estimated that over 12,620 houses were totally destroyed [in Gaza] and 6,455 severely damaged. 17,650 families or about 100,000 persons were displaced.”
Since then, the report added, Gaza has become so uninhabitable that many of its residents have joined the influx of refugees into Europe.

Beside monumental damage to the already-shaky infrastructure, the 50-day warfare killed nearly 2,200 Palestinians, including 577 children.

The resolution called for an end to the blockade Israel has kept on Gaza with the cooperation of Egypt, voicing alarm over the deteriorating humanitarian situation in the impoverished area.