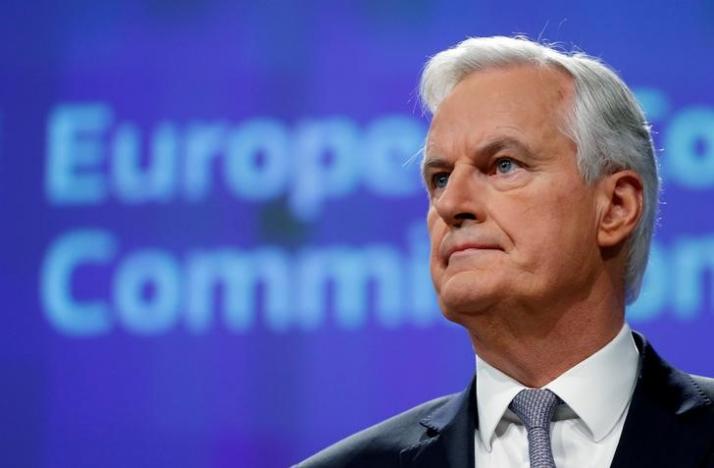 Michel Barnier has a dealmaker's flair for gauging what the other side can accept but as Theresa May prepares to launch Brexit negotiations some EU officials wonder if Brussels' man can really figure out what she wants.

That is a nagging question for European Union leaders who need the veteran French minister and EU commissioner to best the British premier in a grand bargain that will usher Britain out, keep the other 27 member states in and limit the economic harm.

"He's very good at working out what people want, where the landing zones are to get them to agreement," said one of several people who have worked with Barnier and spoke to Reuters about the EU's chief Brexit negotiator. "He reads a room very well."

Yet some EU officials wonder if he might be "too French" or "too European" to get inside the opposition's head: "I wonder if he really understands the Brits?" said one fellow negotiator.

As agriculture minister, he revamped budgets yet kept France's famously restive farmers onside; in Brussels, he tightened control of vast regional grants. His low-key, backroom style won fewer admirers, though, when he lasted just a year in the grander public role of French foreign minister.

On his Brexit qualifications, he cites his experience getting Britain to accept extensive EU financial regulations in his last job, as services commissioner in Brussels until 2014.

Years of argument ended with London agreeing all but two of dozens of measures. Colleagues praised how Barnier sensed, long before others, where the toughest problems would lie, such as an EU cap on bankers' bonuses, and how they might be resolved - in the case of bonuses, however, only when Britain failed in court.

That history saw his appointment branded an "act of war" by one British paper. City of London insiders say they fear Barnier has "mercantilist" instincts, a yen to rein in markets rooted in French history and a Gaullist conservatism that is at odds with freewheeling "laissez faire" culture in Britain.

But some of his old British sparring partners disagree.

"There are lots of people who are jumping up and down saying 'Oh, we've got this dangerous Frenchman in here that's going to undermine London'," said Syed Kamall, pro-Brexit leader of May's Conservatives in the European Parliament. "It's not like that.

"He's going to be a reasonable negotiator," he said. "That doesn't mean we're going to agree at the end of the day.

"But I can think of few other people that I would want on the other side of the negotiating table."

Barnier knows Brexit Secretary David Davis from their time as Europe ministers in the 1990s - part of a vast contact list of people from many walks of life that Barnier has built in four decades since he was elected to parliament aged just 27.

Not all who know Barnier share Kamall's assurance he can keep talks civil. One City executive said Barnier won "grudging respect" from British negotiators for coming to understand their issues and improving his English. But he also came over as aloof and "patrician", brusque with his staff and juniors, and "vain".

The tall, athletic form and chiseled jawline may justify a touch of vanity. But some detect, for example in his frequent references to organizing the 1992 Winter Olympics in his beloved native Savoy Alps, a touch of insecurity over a career he began at business school, not Paris's elite civil service college ENA.

A self-styled outsider, Barnier became "more European than French" in Brussels, making a virtue of wide reading, hard graft and the stolid pragmatism of his remote, modest Alpine roots: "He's very aware of his limitations," said one person who has known him well for many years. "Underestimate him and you lose."

Focusing on Britain, Barnier shows flashes of often self-deprecating wit that may appeal. "Keep calm and negotiate," he urged May, a reference only Britons would get to a stoical World War Two poster that read "Keep Calm and Carry On"..