Pence and Yildirim discuss efforts to defeat IS 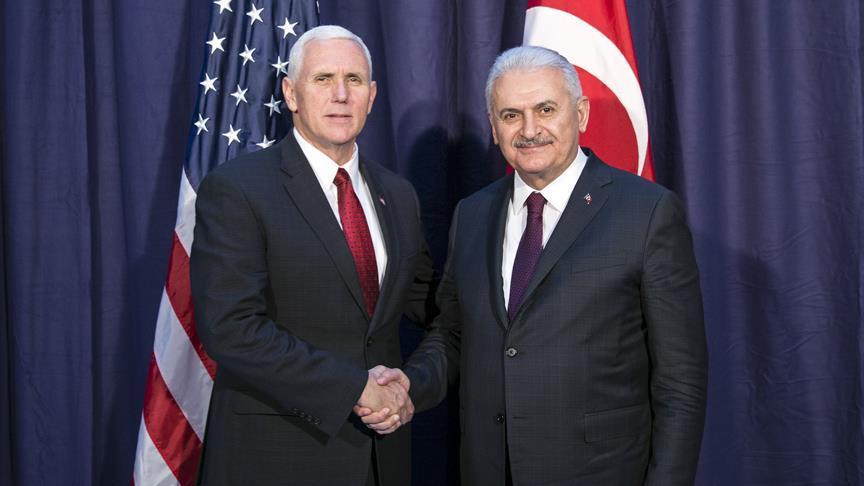 US Vice President Michael Pence and Turkish Prime Minister Binali Yildirim discussed on Saturday how to defeat Islamist terrorism and contain Iran, at a meeting in Munich, the White House said.

Axar.az reports that, the two leaders reaffirmed their shared commitment to combating terrorism in all its forms. Pence praised Turkey for its role in the US-led campaign against IS, which is outlawed in the US, Turkey, Russia and many other countries.

"Both leaders agreed that they would not allow Iran to undermine stability in the region. The two leaders also discussed ways to accelerate our joint efforts to defeat ISIS," the statement read.

The US vice president offered the Turkish prime minister condolences for Friday’s bombing outside a judicial building in Viransehir in southern Turkey that killed a toddler and wounded a dozen of other people. No group has claimed responsibility for the attack.

Earlier it was reported that Chief of the Turkish General Staff Hulusi Akar called on the US-led coalition to boost support for Ankara's operation in Syria.