Withdrawal of weaponry in Donbass scheduled 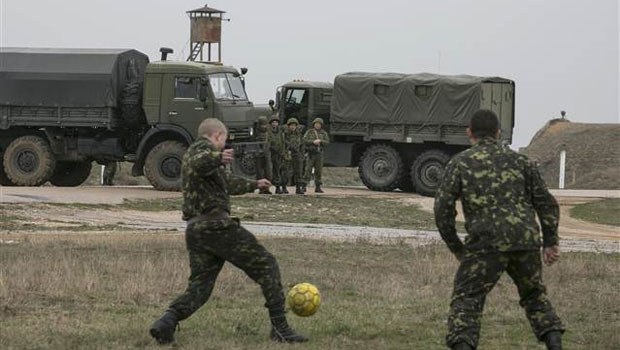 The sides to the Donbass conflict agreed to begin heavy weaponry withdrawal from the line of contact on March 7.

Axar.az reports that, the pullout of heavy armaments from the contact line in Donbass is scheduled for March 7, Russia's envoy to the Contact Group on Ukraine Boris Gryzlov said Wednesday.

"Measures have been discussed on the withdrawal of hardware from the contact line to depots. Disengagement of forces and assets has been scheduled for March 7 in Stanytsa Luganskaya," Gryzlov told reporters.

The situation in Donbass has escalated over the past few weeks, in particular near the town of Avdiivka in the Donetsk region, where clashes between Kiev forces and the troops of the Donetsk People’s Republic (DPR) intensified. The conflicting parties have both accused each other of initiating the violence.

The Donbass conflict erupted in April 2014 as a local counter-reaction to the West-sponsored Maidan coup in Kiev that had toppled President Viktor Yanukovych in February. Residents of the Donetsk and Lugansk regions held independence referendums and proclaimed the People's Republics of Donetsk and Lugansk. Kiev has since been conducting a military operation, encountering stiff local resistance.

In February 2015, Kiev forces and Donbass independence supporters signed a peace agreement in the Belarusian capital of Minsk. The deal stipulates a full ceasefire, weapons withdrawal from the line of contact in Donbass, as well as constitutional reforms that would give a special status to the Donetsk and Lugansk People's Republics. Despite the agreement brokered by the Normandy Four states, the ceasefire regime is regularly violated, with both sides accusing each other of multiple breaches, undermining the terms of the accord.