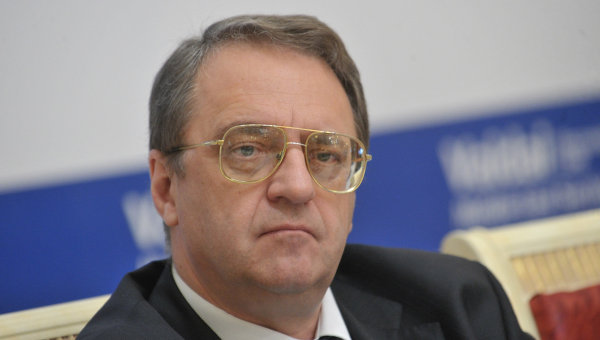 Deputy Foreign Minister Mikhail Bogdanov reaffirmed on Monday at a meeting with representatives of eastern authorities in Libya Russia's continuing support of efforts aimed at resolving the protracted political crisis in the country, the Russian Foreign Ministry said.

Axar.az reports that, Bogdanov met in Moscow with several eastern Libya officials, including eastern military commander Khalifa Haftar.
"The Russian side reaffirmed its strong support of the political process, based on the imperative to ensure the unity, sovereignty and territorial integrity of Libya," the ministry said in statement.