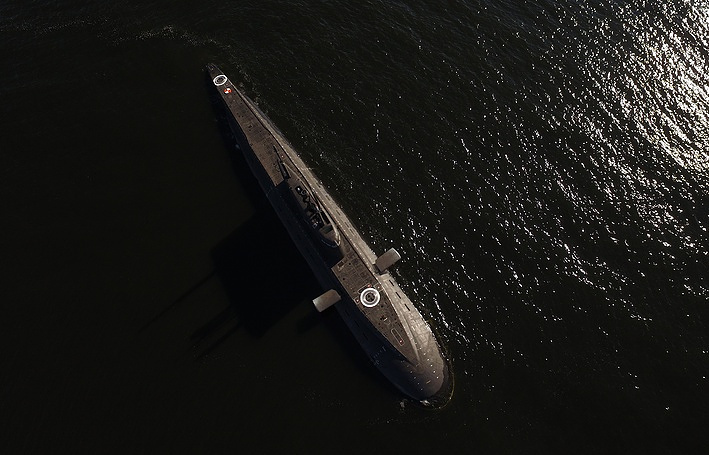 The second Yasen-class multipurpose nuclear-powered submarine Kazan will be put afloat in Severodvinsk on March 30, a source in the Russian military-industrial complex informed TASS.

"Kazan is expected to be rolled out and put afloat on March 30," he said.

"Kazan" has been built at the Sevmash shipyard in Severodvinsk, a port city in Russia’s White Sea, since 2009. This is the second Yasen-class submarine and first submarine built under the upgraded project 885M. A source at Sevmash earlier told TASS that "Kazan" would be transferred to the Russian Navy in 2018.

The Yasen-class nuclear-powered multi-purpose submarines have been designed by the St. Petersburg Malakhit (Malachite) Marine Engineering Bureau. The first Project 885 submarine cruiser "Severodvinsk" was transfer to the Russian Navy on June 17, 2014.

The multipurpose nuclear-powered submarines "Kazan," "Novosibirsk", "Krasnoyarsk," "Arkhangelsk" and "Perm" are built under the upgraded Yasen-M project. It is planned to build a total of seven submarines.