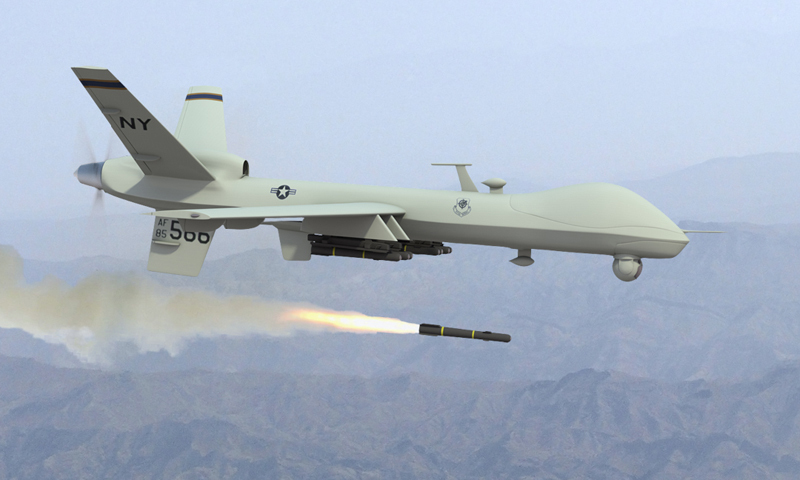 More than 30 militants, including an alleged al-Qaeda linked commander were killed in U.S. drone airstrikes in southeastern Paktika province late Sunday, according to a regional governor and local media outlets Monday.

“One of the drone strikes targeted the armed militants in Zerok district, killing two notorious commanders Huzaifa and Waziristani along with 27 fighters,” Wahdat said.

Some Pakistani media outlets, quoting anonymous security officials, claimed a wanted militant commander associated with al-Qaeda was among those killed.

According to Express Tribune, Qari Yaseen was killed in the strike in Barmal district along with three others when his vehicle was hit in the drone attack.

Yaseen was said to be involved in the 2009 attack on the Sri Lankan cricket team in Pakistan’s Lahore city. It added the militant commander, hailing from Lodhran district of northeastern Pakistani province of Punjab, had allegedly been involved in several other terrorist attacks in Pakistan, including on military intelligence agency ISI’s offices in Lahore and Multan, army headquarters in Rawalpindi, Data Darbar shrine in Lahore, Marriott Hotel in Islamabad, and RA Bazaar in Rawalpindi.

He was said to be a facilitator for al-Qaeda and Jundullah terror groups in Pakistan.

Meanwhile, the Taliban claimed the drone attack did not hit any militants but ended up killing “civilians” at a time when they were offering funeral prayers.

Anadolu Agency was unable to verify the identities of the victims independently due to remote destinations of the drone targets, where media presence is restricted.