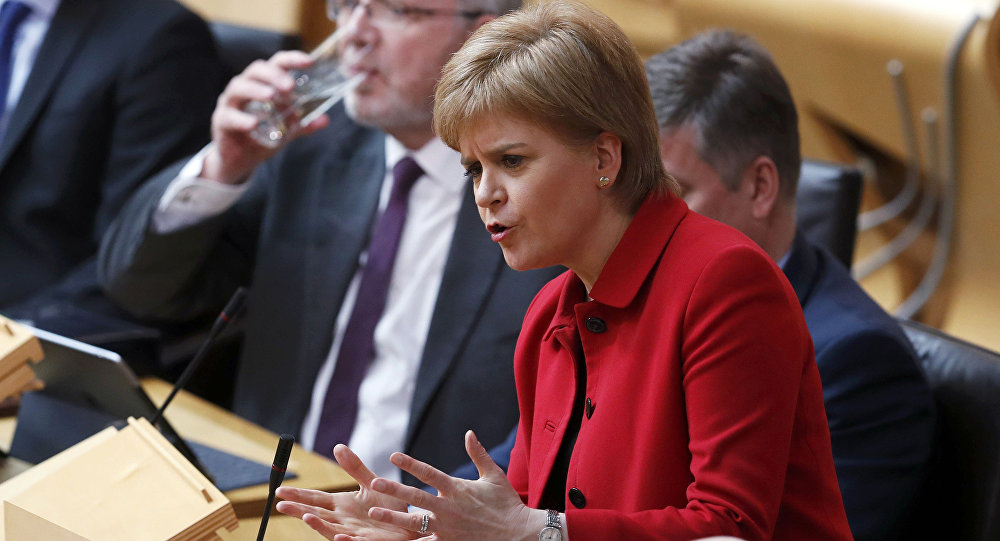 The Scottish parliament voted on Tuesday in favor of a bid to hold the second independence referendum in light of Brexit between autumn 2018 and spring 2019.

Axar.az reports that as many as 69 lawmakers voted in favor, while 59 voted against.
First Minister Nicola Sturgeon is now able to officially ask the UK parliament for permission to hold a new vote in Scotland.

Last week, Sturgeon recalled that Scotland voted overwhelmingly against Brexit in last year's referendum, stressing that the country should not be taken out of Europe against its will.

In 2014, Scotland voted to remain part of the United Kingdom, however, the 2016 Brexit vote showed that Scotland differed from England on the European Union membership, as it backed staying with the bloc by 62 percent against 38 percent.

Scotland is now split roughly in half on the issue of independence, according to the latest Ipsos MORI poll, in a significant change from 2014, when 55 percent voted against leaving the United Kingdom.
UK Prime Minister Theresa May is expected to initiate the talks on the United Kingdom's exit from the European Union on March 29. The UK parliament has already passed the government's Brexit bill unamended.

May's government has made strong statements against a mid-Brexit second Scottish independence referendum, while Sturgeon insisted that its timing for 2018-2019 would be "common sense" as an outline of a post-Brexit UK-EU deal would become clear by then and allow Scots to make a rational decision.