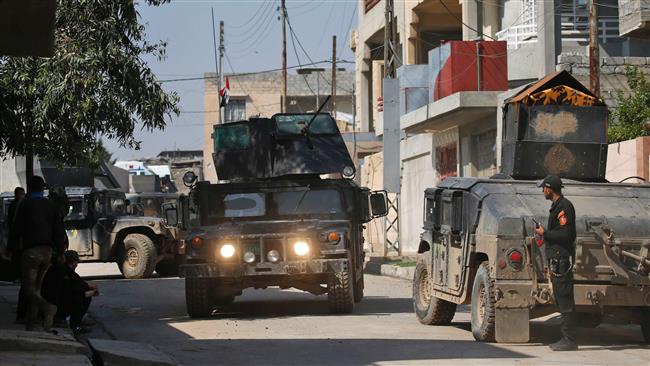 Iraqi government forces, backed by allied fighters from Popular Mobilization Units, have liberated more areas in and around Mosul as they are engaged in massive operations to drive the Daesh Takfiri terrorists out of the strategic northern city.

Yarallah stated that Iraqi troopers had flown the national flag over a number of buildings in the area, after inflicting heavy losses on Daesh ranks and destroying their military hardware.

At least seven civilians lost their lives on Thursday when Daesh terrorists launched a rocket attack in Mosul.