FSA and Turkey may be planning new operation in Syria 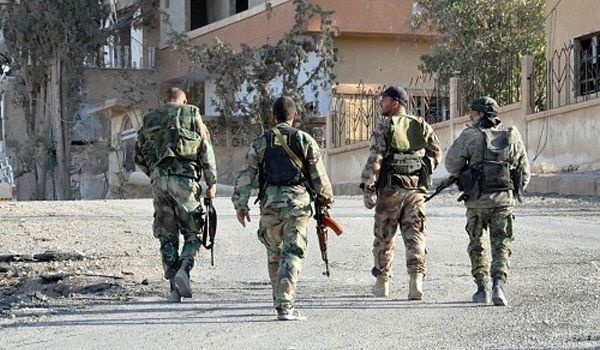 The Free Syrian Army (FSA) and the Turkish troops plan to launch a new operation in northern Syria in the next few weeks, one of the FSA field commanders Ahmed Usman told TASS on Friday.

When asked when the Free Syrian Army and the Turkish troops would resume military activities against the Islamic State terror group (outlawed in Russia), Usman, who is a member of the Syrian opposition’s High Negotiations Committee delegation to the Geneva talks, said that it was going to happen "in less than a month".

"The Euphrates Shield Operation was aimed at reaching the city of al-Bab and liberate it," Usman said adding that this task had been fulfilled. "Now we are considering opportunities to launch new operations, probably, under different code names," he said.

On March 29, Turkish Prime Minister Binali Yildirim announced that Turkey and the FSA had concluded the Euphrates Shield operation. The operation aimed at driving militants of the Islamic State from northern Syria and setting up a zone free of terrorists. Meanwhile, the Turkish prime minister elaborated that a new military operation could be launched "to fight against the Islamic State and combat possible threats to national security."