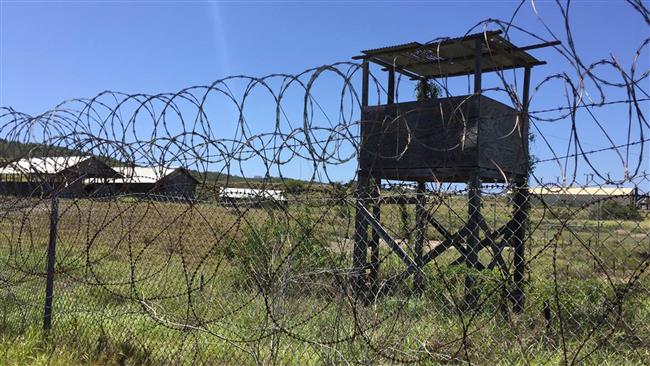 A US federal appeals court in Washington has blocked the release of videos showing a prisoner being force-fed at the US military detention facility in Guantanamo Bay, Cuba.

A three-judge panel of the US Court of Appeals for the District of Columbia Circuit on Friday unanimously overturned a lower court judge's order to make the 32 classified videos public.

The court said in its ruling that the president had a "constitutional duty to prevent our government's secret information from seeing the light of day, in judicial proceedings or otherwise."

In 2015, a federal judge in Washington ordered the administration of former president Barack Obama to release the videos after 16 news organizations sought to make the videos public.

The Obama administration had argued the videos could be used to incite violence against American troops and as propaganda to recruit militants.

David Schulz, an attorney for several of the news organizations seeking to release the videos, called Friday’s ruling "troubling" and said he was weighing further steps.

According to court documents, the videos show military personnel removing former Guantanamo prisoner Abu Wa'el Dhiab from his cell, strapping him to a restraining chair and force-feeding him through a tube to keep him alive during his hunger strike.

Dhiab, a Syrian national who was released from Guantanamo in 2014 and transferred to Uruguay, said the practice of being forcibly fed through a nasal tube was illegal and abusive.

Authorities recorded Dhiab's force-feeding in order to train guards on how to handle such situations, court papers said.

Many detainees have gone on hunger strikes to protest their conditions at the notorious prison, set up during the administration of former president George W. Bush after the September 11, 2001 attacks.

The closure of the Guantanamo prison was among the main election promises of Obama during the 2008 presidential election. Obama vowed to close it within a year when he came to office in January 2009.

Unlike Obama, his successor Donald Trump has indicated that he would keep the prison open and “load it up with some bad dudes.”