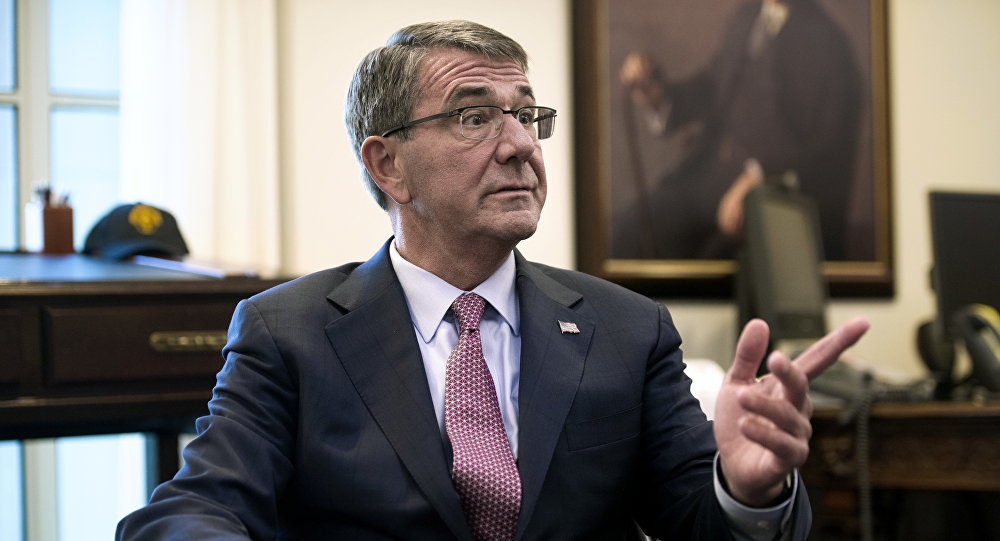 US former Defense Secretary Ashton Carter said that Moscow was defining success of its foreign policy as thwarting Washington, which made it difficult to strategically align with.

The United States was cooperating with Russia in foreign policy a number of times despite existing disagreements, US former Defense Secretary Ashton Carter said Sunday, adding that US-Russia cooperation became more difficult under Vladimir Putin presidentship.
"I've dealt with the Russians for 35 years, we have from time to time been able to, even though we have different interests, to align them. That alignment has become more and more difficult under Putin. You see that in Ukraine, you see it in the Middle East," Carter said in an interview with ABC broadcaster.

He pointed out that Moscow was defining success of its foreign policy as thwarting Washington, which made it difficult to strategically align with.

"This goes back to the beginning of Vladimir Putin taking power a long time ago. It seems to be in his nature, as I said — and I've actually — when I was working — and Boris Yeltsin was the president of Russia, Vladimir Putin was in the room when we had meetings there. I think it's part of his nature to define Russian success in foreign policy as thwarting the United States," Carter added.

US-Russian relations soured following disagreements over the crises in Syria and Ukraine in 2011 and 2014 respectively. Washington and its allies have accused Moscow of assisting Syrian President Bashar Assad, as well as meddling in Ukraine’s internal affairs.
The United States imposed sanctions against Russia after Crimea held a referendum in 2014 in which a vast majority of its residents decided to reunify with Russia.

The Russian authorities have repeatedly denied all the accusations.