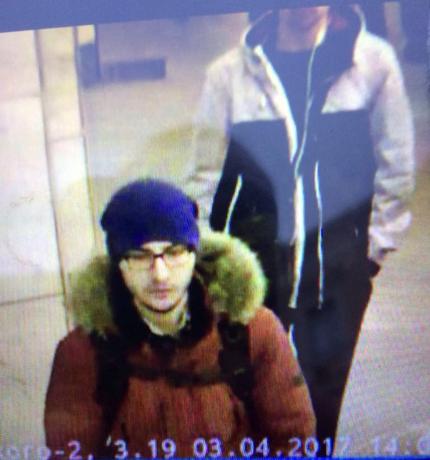 The man Russian police believe was the suicide bomber who killed 14 people in a blast on the St Petersburg metro this week developed an interest in Islam and soon after traveled to Turkey, two people who know him told.

The two people said they did not know for sure if the man, Akbarzhon Jalilov, went on from Turkey to neighboring Syria. Turkey has been routinely used by radical Islamists as a route into areas of Syria controlled by the Islamic State group.

If Jalilov had been in Syria, that would expose a major gap in Russia's counter-terrorism procedures, which rely heavily on identifying anyone who has been with militants in Syria and stopping them from returning to Russia, or arresting them.

The metro blast happened on Monday afternoon just as Russian President Vladimir Putin visited St Petersburg. No group has claimed responsibility. But Islamic State has threatened acts of violence on Russian soil in reprisal for the Kremlin's military intervention in Syria in support of President Bashar al-Assad.

Jalilov, the suspected suicide bomber, was born in 1995 and grew up in the city of Osh in Kyrgyzstan, a mainly Muslim ex-Soviet Republic in Central Asia.

Around 2011 he moved to St Petersburg. He worked in low-paid jobs for several years. Photographs posted on social media showed a stylishly dressed young man. His online posts offered no hint of any ties to Islamist militants.

But there is a gap in Jalilov's biography from the end of 2015 until the start of this year. During that period several acquaintances said he disappeared from view.

He reappeared when he visited Osh in February this year. In March he returned to St Petersburg and rented an apartment from where he set off on the day of the bombing carrying a rucksack and a bag.

By speaking to several people who knew Jalilov well, Reuters has been able to piece together a picture of his life in the missing years.