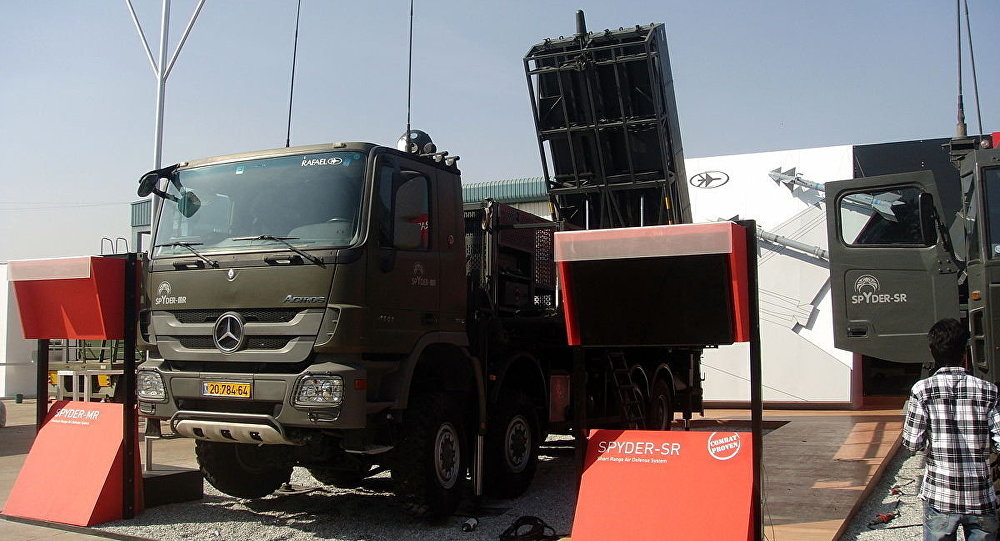 In the backdrop of tensions along the western border, India has successfully tested an Israeli surface-to-air Python and Derby (Spyder) missile system at Chandipur-on-sea against a UK-made unmanned aerial target. The trial was conducted on Thursday to check the operational readiness of the system.

Axar.az reports citing to Sputnik the Spyder is set to replace India’s age-old air defense system, the Soviet-era Osa-AKM and 9K35 Strela-10, at six air bases and other critical locations along the western border.
“The Spyder SR system is a generation-and-a-half ahead of the Osa and Strela which were essentially designed four decades ago. The Spyder SR will provide a high degree of assurance in terms of air as well missile defense cover with a Lock On Before Launch (LOBL) as well as After Launch (LOAL), thus the reaction time will be much faster with high hit probability,” Brigadier Rahul Bhonsle, a retired Indian Army brigadier and defense analyst, said.

The Spyder launches two different types of missile — Python 5 and Derby missiles — from the same launcher pad. Most of the upcoming jets – Rafale and LCA Tejas — of the IAF will be equipped to fire Derby missiles. The LCA Tejas also successfully launched a guided Derby missile on Thursday.

India had inked a $1.2 billion contract with the Israeli company in 2008-09 for the supply of 90 launchers.