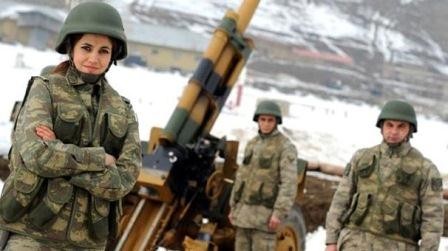 Turkey’s Ministry of National Defense is working on a bill making it possible for women to serve in the country’s army, the Turkish newspaper Yeni Safak reported March 28.

The bill is expected to be soon discussed by the Turkish parliament.

Turkey’s army is recruited by conscription – the draft age is 20 and the term of compulsory military service ranges from six to 12 months.