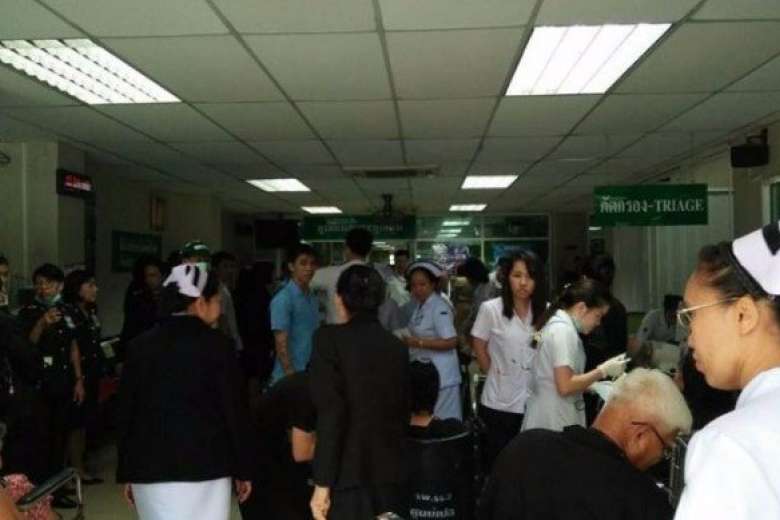 Thai police said on Monday (May 22) an explosion that was heard inside the Phramongkutklao Hospital in Bangkok's Rajthevi district was a bomb attack.

The incident took place at a reception room for retired military officials at about 11am local time, Thai media reports said. About 23 people were injured in the explosion, mostly from broken window glass, The Nation news website reported.

Deputy police commissioner Srivara Ransibrahmanakul said police had found evidence of a bomb device at the scene, the Khaosod news website reported. He added that traces of a battery and electrical wires had also been found.

Soldiers have sealed off the crime scene, the police said.

Broadcaster Thai PBS said all of those injured were elderly. They were taken to the emergency room for treatment.

Authorities are still investigating the cause of the incident, PBS said.