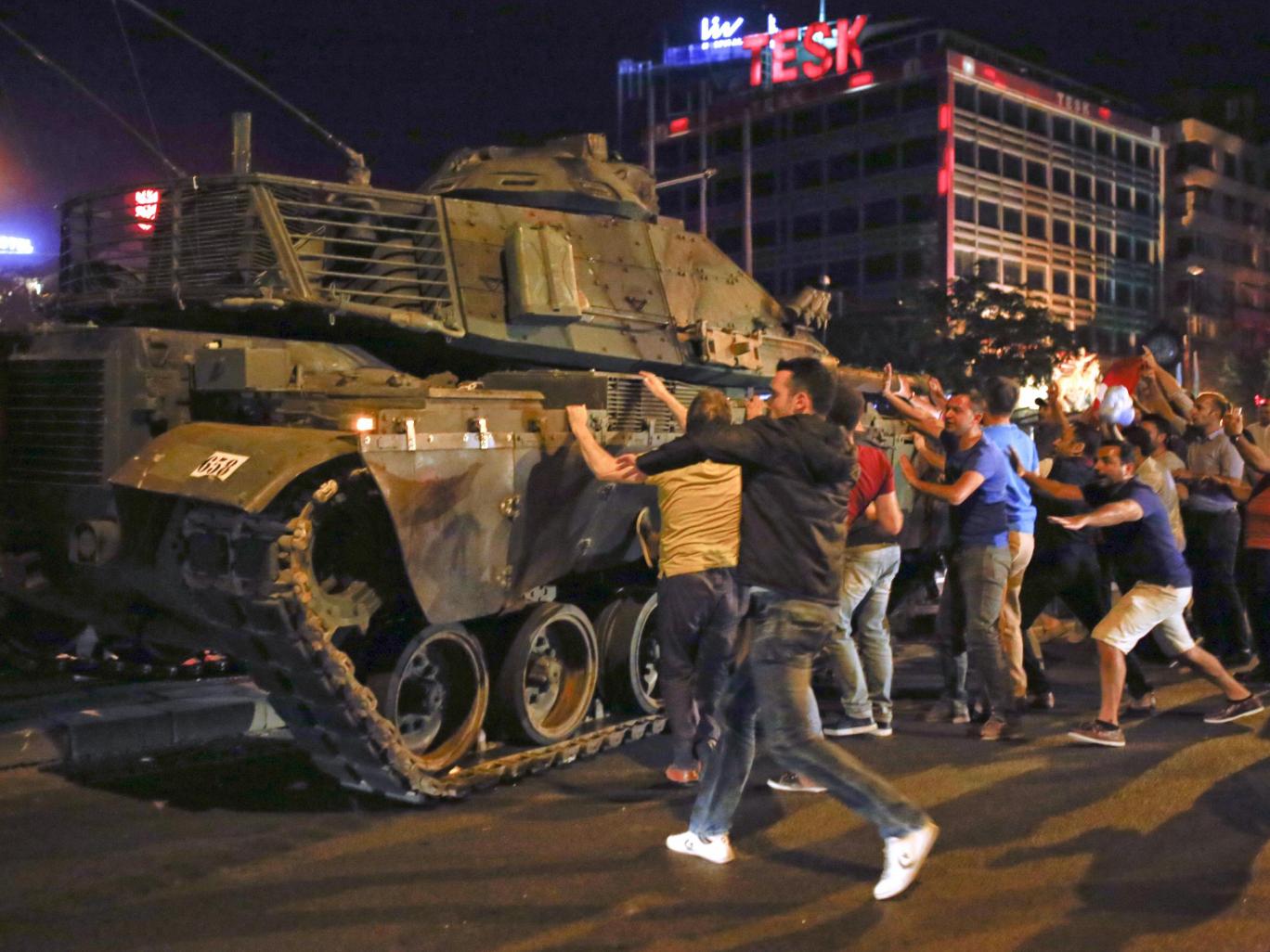 Turkey has put on trial 200 suspects including senior military officers accused of plotting and orchestrating last year's failed coup, in a court case where prosecutors are calling for life sentences.

The defendants, among them President Recep Tayyip Erdogan's aide-de-camp, the former head of Turkey's air force, and dozens of generals, colonels and majors, were paraded on their way to court past dozens of protesters who demanded the death penalty and threw nooses towards them.

Around 1,500 security personnel were deployed for security at the trial, state-run Anadolu news agency reported, which was held in a purpose-built courthouse in Sincan on the outskirts of the Turkish capital.

More than 240 people, many of them civilians, were killed in the failed coup on 15 July 2016, when a group of rogue soldiers commandeered tanks, warplanes and helicopters, bombing the parliament and attempting to overthrow the government.

Those on trial in Sincan included core suspects behind the coup who raided the state broadcaster and forced the presenter to read out an announcement saying the army had taken over and Turkey was being run by a committee they called “Peace at Home”.

Erdogan blames Fetullah Gulen, a US-based cleric and a former ally, and his global network for orchestrating the coup, a charge Gulen denies. Turkish authorities have arrested nearly 50,000 people over alleged links with the preacher.

At the start of the hearing, families of the victims attending the trial screamed at the defendants, and one woman in the courtroom, whose son was killed during the coup, broke down.

“Kill these traitors, the murderers of my son,” she screamed before fainting. The judge called for a medical team to be brought into the courtroom.

From a total of 221 defendants, more than 200 are from the military and more than half of those were officers who held ranks from captains up to generals. All but 12 of the suspects, who are still at large, appeared in court. Gulen, who is among the defendants, is among those being tried in absentia.

Following confirmation of the suspects' identity and the reading of a summary of the roughly 2,000-page indictment, suspects will be able to put forward their defence.

Hearings at the trial, one of the largest of several coup-related trials taking place across Turkey, are expected to last until 16 June.

Citing the coup attempt as a grave threat to the state, Turkish authorities have also sacked or suspended around 150,000 civil servants, teachers, judges, prosecutors, police and soldiers and have shut down around 150 media outlets.