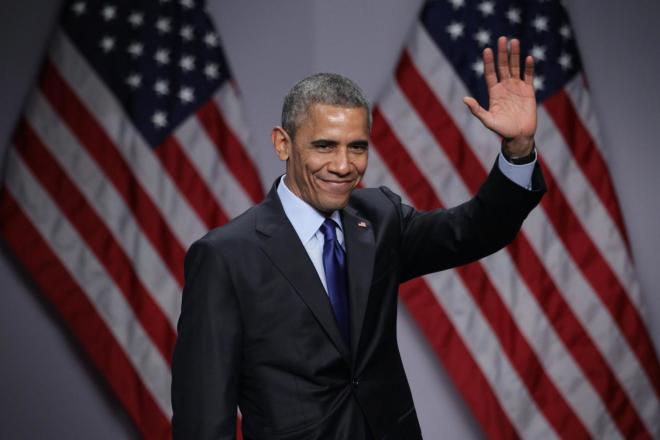 Former White House photographer Pete Souza has made a name for himself as one of Donald Trump’s most preeminent trolls. From the recent ups and downs of Trumpcare’s complicated journey through Congress, to a not so “respectful” photo op perpetrated by some of Trump’s celebrity supporters, none have escaped the discerning Instagram user’s eyes. (Not even Kellyanne Conway’s infamous “microwave” remarks were safe.) Almost a month has passed since Souza went viral with his constant visual humor, but video footage of Melania Trump swatting her husband’s hand away proved too good to pass up.

The Trump entourage’s arrival in Tel Aviv, Israel featured a fleeting moment between Donald and Melania. Reaching for his wife’s hand while walking down the red carpet, the president found his attempt at a public display of affection immediately rebuffed by Melania. The internet couldn’t handle the footage, and neither could Souza, who posted a photo of President Barack Obama and First Lady Michelle Obama “holding hands” on Tuesday.

Within an hour of posting it, Souza’s troll had already garnered tens of thousands of likes on the social media platform. A previous photo of Obama’s 2013 visit to the Yad Vashem Holocaust History Museum in Jerusalem didn’t garner nearly as much attention. However, considering Trump’s visit to the Western Wall and other photo ops around Israel on Monday, Souza’s targets were all too clear