Melania and Ivanka cover heads for Pope, but not for... 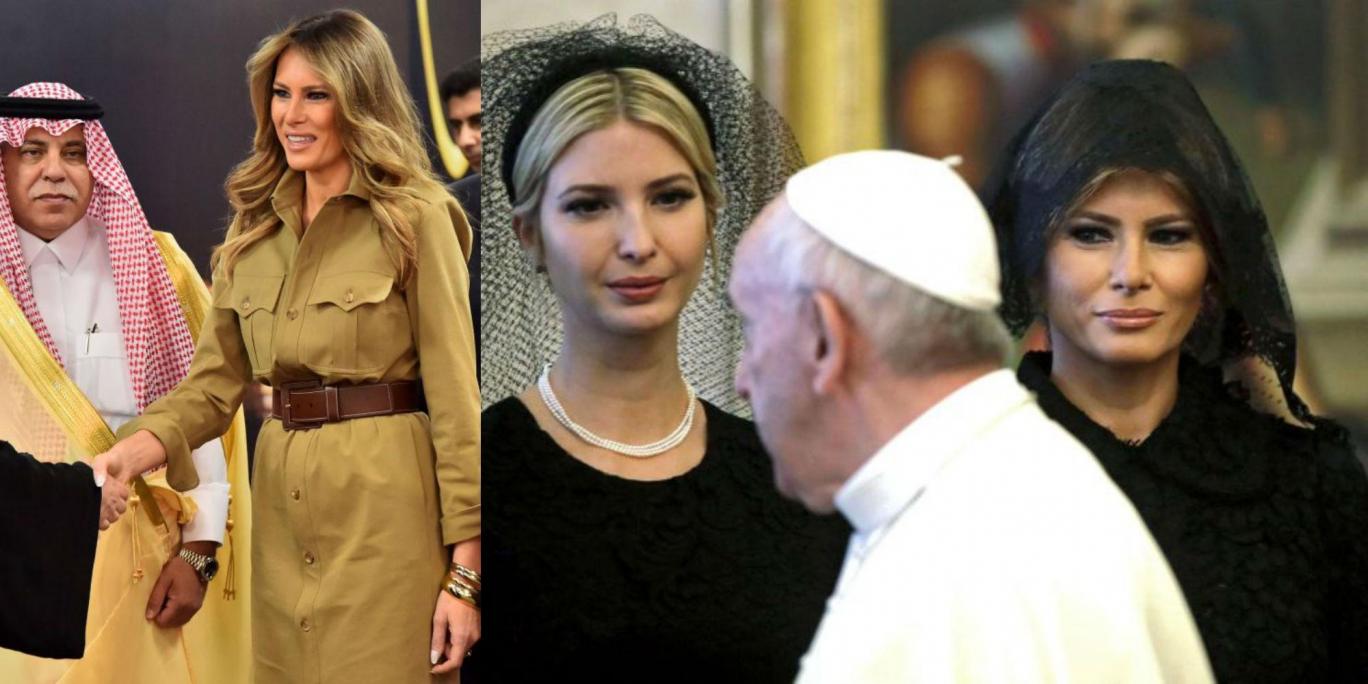 Following the tradition of other diplomats, Melania Trump decided to forgo a head covering when she visited the capital of Saudi Arabia - a luxury yet to be extended to other foreign women, or the kingdom's female residents.

In 2013, Donald Trump criticised Michelle Obama for not wearing a head scarf in Saudi Arabia.

Diplomatic protocol dictates that as the spouse of a foreign leader, Melania was not expected by the Saudis to wear the covering.

On Wednesday, moving onto to the third leg of Donald Trump's world tour 2K17, the First Family visited Pope Francis, in Vatican City.

Visitors to Vatican City are asked to keep their shoulders covered, and their skirts below the knee. Head coverings are not expected of visitors to the papal state.

Melania Trump and Ivanka Trump did however, wear head coverings.