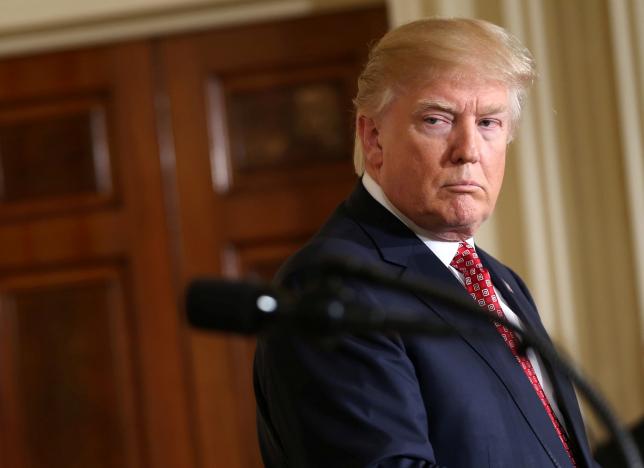 Donald Trump’s aides are reportedly discussing a possible trip to London “to show solidarity” after the third terrorist attack in the UK in three months.

ABC News correspondent Jon Karl said: “There is some discussion among the President’s aides about possibly taking a trip to London at the end of the week to show solidarity with the people of London against terrorism.”

He added the discussion was in the “infancy stage” and claimed it was aimed at deflecting attention from the recent dismissal of former FBI director James Comey while the US intelligence agency was investigating the President and his team’s alleged links to Russia.

After seven people were killed and 48 injured by three men who drove a rental van over bystanders and randomly stabbed people in bars and restaurants around Borough Market, the President sent a series of tweets to condemn the attacks.

Mr Trump first retweeted an unconfirmed report of the attack from conspiracy outlet the Drudge Report, then he tweeted ridicule for London Mayor Sadiq Khan who had told Londoners “not to be alarmed” – a specific reference to the increased presence of police in the next few days.

“At least 7 dead and 48 wounded in terror attack and Mayor of London says there is ‘no reason to be alarmed!’” Mr Trump wrote.

“If America were attacked, our closest allies wouldn’t be hurling petty insults,” he said.

Downing Street and the White House could not be immediately reached for comment.