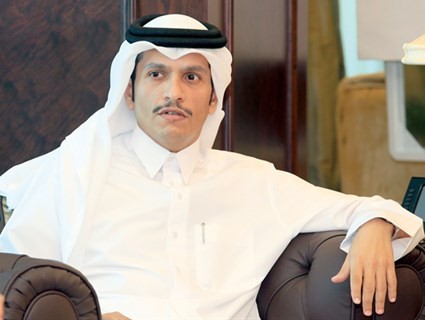 Qatar rejects allegations of supporting terrorism after the Saudi regime and its allies blacklisted dozens of individuals and entities allegedly associated with Doha in yet another attempt to pressure the Persian Gulf state, with which they have cut all ties.

“The recent joint statement issued by the Kingdom of Saudi Arabia, Bahrain, Egypt and the UAE regarding a ‘terror finance watch list’ once again reinforces baseless allegations that hold no foundation in fact,” the Qatari government said in a statement on Friday.

Earlier in the day, Saudi Arabia, Bahrain, Egypt and the United Arab Emirates (UAE) issued a joint statement, including a dozen organizations and 59 people with alleged links to energy-rich Qatar in what they called a terror sanctions list.

The statement said they were subject to sanctions because of “the continuous and ongoing violations of the authorities in Doha of Qatar’s commitments and obligations.”

The Qatari government, however, defended its record in the region and said, “Our position on countering terrorism is stronger than many of the signatories of the joint statement - a fact that has been conveniently ignored by the authors.”
The latest development could intensify the diplomatic crisis gripping the Persian Gulf region, which saw the Saudi regime, along with a number of its allies, severe diplomatic ties with Qatar on June 5.

Riyadh and its partners, including Bahrain, Egypt and the UAE, also cut all land, sea and air contacts with Qatar, which they accuse of supporting terrorism and destabilizing the region.

Doha has welcomed mediation to de-escalate tensions, but struck a defiant tone in the face of pressure, with its Foreign Minister Sheikh Mohammed bin Abdulrahman Al Thani saying, “if anyone thinks they are going to impose anything on my internal affairs or my internal issues, this is not going to happen.”

The diplomatic crisis dealt a heavy blow to the economic sector in Qatar, which heavily relies on food imports.

On Wednesday Reuters quoted an unnamed government official as saying that Qatar is in discussions with Iran and Turkey about securing food and water supplies to stave off possible shortages following the rupture in ties with the Saudis and their allies.

A day later, Anwar Gargash, UAE Minister of State for Foreign Affairs, took to Twitter to accuse Doha of escalating the tensions in the region by seeking help from Turkey and Iran.

“The great escalation from the confusing and confused brother country and the request for political protection from two non-Arab countries and military protection from one of them could be a new tragic and comic chapter,” he wrote.