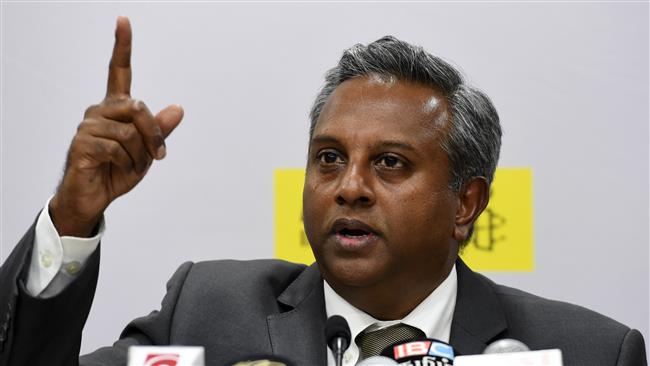 Amnesty International has criticized the punitive measures taken by Saudi Arabia and a number of its allies against Qatar, saying the restrictions violate the human rights of the Qatari people.

The Amnesty’s Secretary General Salil Shetty made the remarks while meeting with Ali Bin Smaikh Al Marri, the chairman of the National Human Rights Committee of Qatar, who had paid a visit to the rights body’s headquarters in London, Arabic-language daily Alquds Alarabi reported on Tuesday.

Shetty called on all relevant and international bodies to try to stop the measures.

Saudi Arabia, the United Arab Emirates (UAE), Bahrain, the Maldives, and Egypt recently broke off ties with Qatar, accusing Doha of supporting terrorism, an accusation that the Qatari government denies. The regional countries also blocked their transit routes to Qatar and ordered most of Qatari nationals to leave. The measures have also made family visits difficult. Qatari airways have also been banned from using the airspace of the Saudi-led bloc of countries.

The Amnesty chief said a delegation from the body, which had earlier visited Qatar, documented around 700 instances in which the Saudi-led measures had resulted in rights violations.

He also condemned the all-across-the-board banning enacted by the regional countries against Qatari broadcasters, including Al Jazeera, and the Qatari press. Shetty described the muffling of the Qatari media as being in blatant contravention of free speech and access to information rights.

Saudi Arabia and its Arab allies have reportedly been angered by the sometimes critical coverage they receive from Al Jazeera.

Doha itself on Monday denounced the sanctions as “unfair” and “illegal.”

“Whatever relates to our foreign affairs... no one has the right to discuss,” Qatari Foreign Minister Sheikh Mohammed bin Abdulrahman Al Thani told reporters during a visit to Paris.

He called for “dialog based on clear foundations” over the accusations that have been leveled against Qatar.

Al Thani also said the motives behind the anti-Doha measures were unclear to the Qatari government.

“It’s not about Iran or Al Jazeera,” he said. “We have no clue about the real reasons.”

Some analysts say the diplomatic war on Qatar is because Doha acts more independently of Riyadh in its foreign policy, including in its relations with Iran.