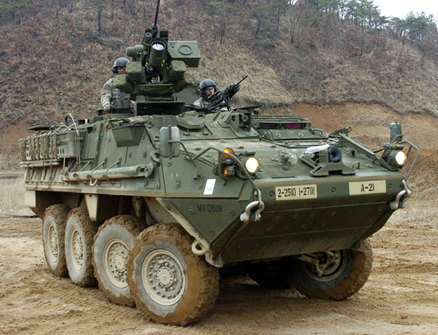 According to information from sources in the Syrian Democratic Forces (SDF) the United States has delivered a seventh round of heavy weapons and armored vehicles to the forces.

"In the framework of the operation for the liberation of Raqqa the US has sent us armored vehicles and weapons, including mortars, thermal missiles, heavy machine guns, semi-automatic and automatic rifles, night vision binoculars and demining facilities,” a source who chose to remain anonymous told Sputnik Turkey.

He further said that the armament and armored vehicles arrived in 90 wagons and were delivered overland through the territory of Northern Iraq to the border post Semelka and further to Rojave (a Syrian Kurdish territory).“From there the weapons supply was delivered to Tabka. This time we received a significant number of armored cars. We are experiencing a great need for them, because at present there are fierce clashes between our forces and the terrorists of Daesh in three districts of Raqqa,” the source said.

He added that the forces intend to use the US-designed armored vehicles to deliver reinforcements to the areas of fighting.“This gear is resistant to mines and impacts from other types of heavy weapons,” the source concluded.Earlier US-backed Syrian Democratic Forces (SDF) rebels vowed to "retaliate" in case the Syrian army attacked their positions in Raqqa. The statement comes following the US-led coalition's downing of a Syrian army jet in the area.

The SDF claimed that the Syrian government forces have recently been "mounting large-scale attacks" on their positions near Raqqa.On June 18, the Syrian army said that the US-led coalition had brought down its aircraft in the countryside of southern Raqqa when it was fulfilling its mission against ISIS.