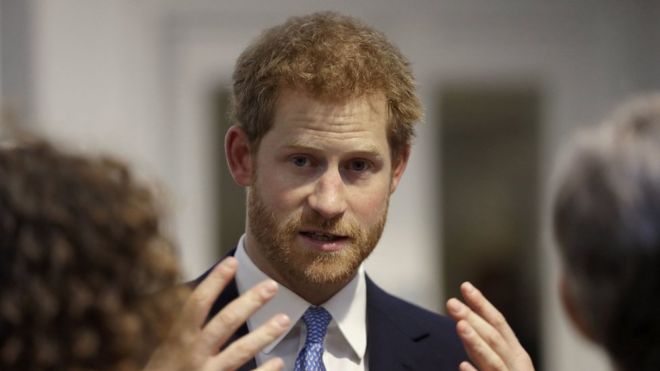 Prince Harry was once so disillusioned with being part of the Royal Family that he decided he "wanted out".

Having considered giving up his title, he finally decided he should remain and "work out a role for myself".

Speaking to the Mail on Sunday, the prince - who is fifth in line to the throne - said being in the Army was "the best escape I've ever had". And he said the royals "don't want to be just a bunch of celebrities but instead use our role for good".

Harry, 32, spent 10 years in the Army, serving twice in Afghanistan.

He had to leave when his presence there was revealed by the press in 2007.

"I felt very resentful. Being in the Army was the best escape I've ever had. I felt as though I was really achieving something. "I have a deep understanding of all sorts of people from different backgrounds and felt I was part of a team."

He has since been closely involved with charity work, including supporting wounded veterans and mental health groups. "We are incredibly passionate with our charities and they have been chosen because they are on the path shown to me by our mother," he said. "I love charity stuff and meeting people."

Last week Newsweek magazine published an interview with the prince in which he said no one in the Royal Family wanted the throne. "We are not doing this for ourselves but for the greater good of the people," he said. "Is there any one of the Royal Family who wants to be king or queen? I don't think so, but we will carry out our duties at the right time."

Harry has also said he has thought about the future direction of the Royal Family. "We want to make sure the monarchy lasts and are passionate about what it stands for.

"But it can't go on as it has done under the Queen. There will be changes and pressure to get them right.

"Things are moving so fast, especially because of social media, so we are involved in modernising the monarchy."