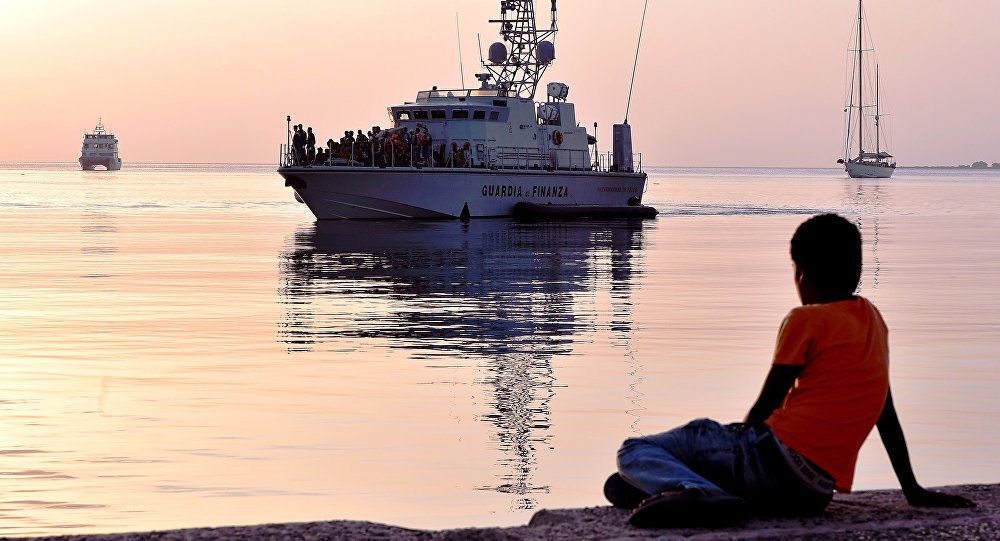 Italy has warned it might be forced to shut its ports to foreign vessels that disembark immigrants rescued at sea.

Italy has warned the European Union it might be forced to shut its ports to foreign vessels that disembark immigrants rescued at sea, local media reported Wednesday.

Italy has seen some 12,000 migrants come ashore over just a few days, prompting its ambassador to the bloc, Maurizio Massari, to describe the situation as "unmanageable," according to La Repubblica daily.

Italy’s Coast Guard told Sputnik on Tuesday more than 8,500 migrants had been rescued from boats in the Mediterranean over the course of the previous two days. They were taken to major port cities — Palermo, Messina, Crotone, Catania, Pozzallo and Augusta.

A total of 77,000 refugees and migrants fleeing war and poverty in Middle East and sub-Saharan Africa have come to Europe by boat this year, according to the International Organization for Migration. Over 85 percent of them landed in Italy.