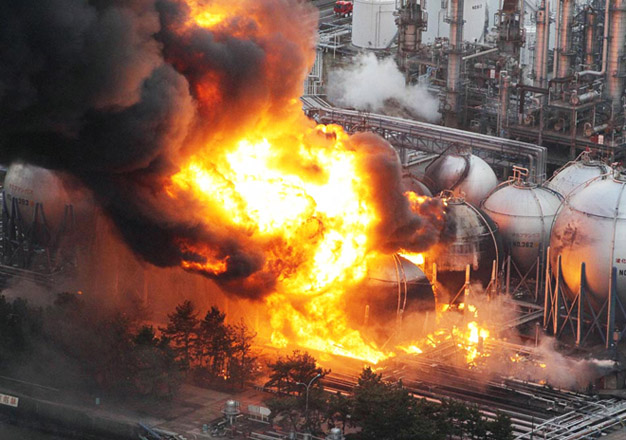 Two people were killed and four others were critically injured on Thursday afternoon in a reported explosion at a large coal power plant near Tampa, Fla., the authorities said.

Emergency workers responded around 4:20 p.m. to the Big Bend Power Station in Apollo Beach and found six people with severe burns at Unit 2, one of its four coal-fired units. Two people were declared dead at the scene, and the four others were taken to Tampa General Hospital with life-threatening injuries, the authorities said.

The workers, who included one plant employee and five contractors, suffered burns and other injuries, said Corey Dierdorff, a spokesman for Hillsborough County Fire Rescue. “They would be categorized as very severe,” Mr. Dierdorff said at a news conference.

A spokeswoman at Tampa General Hospital said Thursday night that it would not immediately release the conditions of the four patients. Two people were taken there by air ambulance and the other two by ground.

Officials with the Big Bend plant, which is operated by Tampa Electric, said the episode occurred while workers were conducting “routine maintenance” on a slag tank at the bottom of Unit 2’s boiler. The tank collects coal slag, a glass-like waste product formed after the remains of burned coal are mixed with cold water. It is sold and reused as an abrasive in products like sandpaper.

The two workers who died at the plant were covered in slag, which can reach temperatures far above 1,000 degrees, the authorities said.

“We are looking into what happened,” Cherie Jacobs, a Tampa Electric spokeswoman, said in an interview. “There are few details.”

Mr. Dierdorff said about 7 p.m. that the situation was under control and that all other workers had been accounted for. Unit 2 was shut down after the accident.