Erdogan to make changes in party before 2019 election 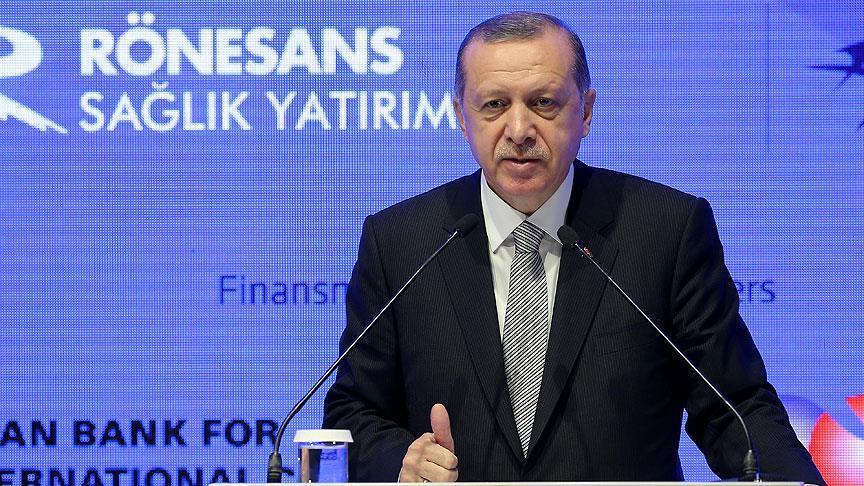 "We have been in continuous struggle in the past 16 years since this party was created, and the 15 years we have ruled the country," said Erdogan, who also heads the party, while speaking at a council meeting in the Black Sea province of Giresun.

"The AK Party’s most important feature is its ability to renovate and renew itself," he added.

Erdogan said that the 2019 general elections were very important for Turkey, and "a difficult period of struggle" awaited the country.

He said he did not want the AK Party to end up like those before it. "Starting with our organizations, we are determined to bring serious renovation and change to our party," he said.

Erdogan elaborated that he did not want certain groups to infiltrate the party.

The president also underlined that Turkey's salvation depended on the accomplishment of its 2023 goals.

"We should steer the developments in our region, especially in Syria and Iraq, to our advantage. We should carry our projects, plans, and actions into effect with the awareness of fighting in the highest league of the world," he said.

"This is the only way we can secure our democracy and economy," he added.

As part of Turkey's vision for 2023, which marks the centenary of the Republic of Turkey, the country has set specific goals and targets that include major improvements in the economy, energy, health care, and transportation.

Erdogan retook the party reins at an extraordinary congress on May 21, 2017. For nearly three years prior, as president he was barred from leading the party, but constitutional changes ratified in a public referendum ended that prohibition.

He had led the party for 13 years starting from its foundation in 2001.

During his time as prime minister from 2003-2014 he saw two general elections in which the party returned to power with a greater share of the vote each time.