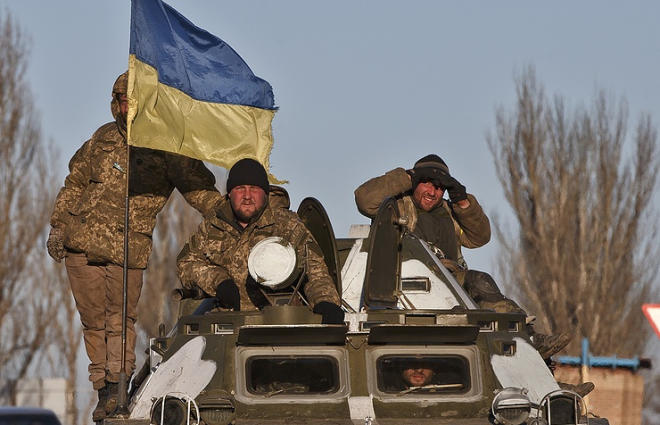 The Ukrainian armed forces resumed shelling of the territory of the self-proclaimed Donetsk People's Republic's (DPR) despite the ceasefire agreement reached in June, leaving over 30 people dead and 41 others injured, Eduard Basurin, deputy commander of DPR's Operational Command, said Friday.

The killings occurred amid the so-called "harvest ceasefire." It was agreed upon on June 21 by a trilateral contact group, composed of Russian, Ukrainian and Organization for Security and Co-operation in Europe (OSCE) mediators, and was expected to last from June 24 to August 31.

"Within the 'harvest ceasefire' period alone, since June 24, the Ukrainian Armed Forces have fired 20 projectiles, 900 artillery rounds and over 8,000 shells on the [Donetsk People's] republic. Five civilians and 26 DPR defenders were killed, 21 civilians and 20 servicemen were wounded," Basurin said.

Over 160 houses have been damaged by artillery fire, Basurin added.

Kiev launched a military operation in the east of Ukraine in 2014, after local residents refused to recognize the new government that came to power then.

In February 2015, a peace deal was signed between the conflicting sides in Minsk following the talks brokered by the leaders of Russia, France, Germany and Ukraine — the so-called Normandy Format.According to the agreement, besides other requirements, the conflicting parties have to introduce safe zones to stop violence and pave way for a diplomatic reconciliation. Nevertheless, sporadic armed conflicts keep reoccurring in the region.

The conflict has so far claimed lives of more than 10,000 people.