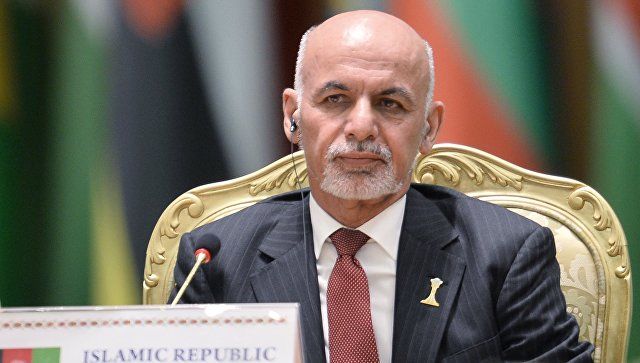 President Mohammad Ashraf Ghani Friday expressed willingness to engage in political dialogue with Pakistan for peace in the region.

Ties between the two neighbors have been steadily deteriorating amid spate of allegations about cross-border terrorism among other disputes.

Addressing a gathering at the Arg (Presidential Palace) on Friday in connection with the Muslim festival of Eid-al-Adha, Ghani renewed calls for peace with the Taliban, and for resuming political dialogue with Pakistan to overcome the differences.

“From here, I have a message for Pakistan: We are ready for comprehensive political talks. Peace with Pakistan is in our national agenda,” Ghani said who has long been blaming Pakistan for ‘waging an undeclared war’ against Afghanistan.

Last month, Pakistan and Afghanistan agreed upon the need to restore mutual trust following persistent rift between the two neighbors.

A delegation from Pakistan led by Foreign Secretary Tehmina Janjua visited Kabul on August 15 for bilateral political consultations with the Afghan officials.

According to the Afghan Ministry of Foreign Affairs (MoFA), a wide range of issues including the Afghan peace process, security along Durand Line (disputed border between the two countries), and bilateral trade were discussed.

This was the first formal face-to-face interaction between the high-ranking officials from both sides following May 31 deadly truck bombing in Kabul that killed up to 150 people, mostly civilians.

Ties between Islamabad and Kabul have been at odds for a while now over multiple issues. The two countries are engaged in a decades’ old border dispute besides the issues of trade barriers and narcotics smuggling.

In his Eid Day message, the Afghan President once again called upon the Taliban to shun violence and join the peace process.

“It is the time that they [Taliban] should choose whether they are Afghans and have been grown by an Afghan mother or they are a tool of Khawarij [members of a group that appeared in the first century of Islam] for creating divisions (among the people of Afghanistan),” he said.

However, the Taliban leader Mullah Hibatullah Akhundzada in his Eid Day message has once again stressed upon the exit of foreign troops from Afghanistan.