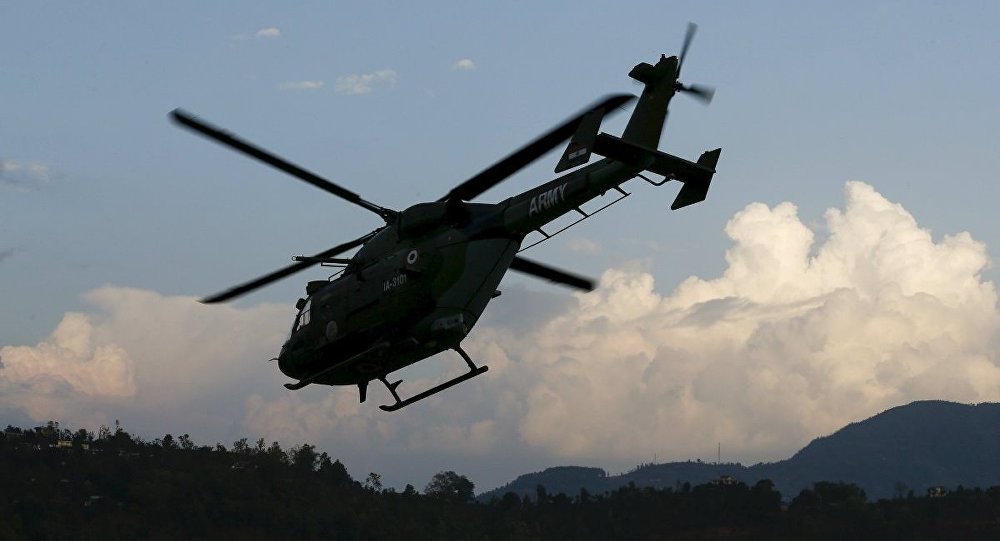 Russian Mi-28N 'Night Hunter' choppers have struck at ISIS targets surrounded by the Syrian Army in an area near the Shaer gas field in central Syria. Zvezda television channel has released fresh video of the gunship in action.

According to Zvezda, Night Hunters were sent into the area during a Syrian army ground offensive, which stopped after running into heavy enemy fire. After receiving the coordinates of enemy firing points from ground forces, the Russian gunships were dispatched to destroy enemy targets. The Night Hunter's assist helped the army break through ISIS's positions and liberate territory occupied by the terrorists since summer 2014.

Last week, summarizing the results of Russia's 23 month operation in Syria, Russian General Staff chief Col. Gen. Sergei Rudskoy said that since the start of the Russian air campaign in Syria in September 2015, the Aerospace Forces have carried out 90,000 airstrikes against the terrorist targets in more than 28,000 sorties, helping the Syrian government to increase the territory under its control fourfold.

The Mi-28N (NATO reporting name Havoc) is a new-generation Russian attack helicopter. The all-weather, day-night, two-seater chopper is optimized for use against enemy armor, infantry, caves, bunkers, and other fortifications. The helicopter has been widely used in Syria. An upgrade to the chopper –the Mi-28NM, has been approved based on the gunship's combat experience in the Middle Eastern country.

In addition to Russia, the Mi-28's operators include Algeria, Iraq, and Venezuela.