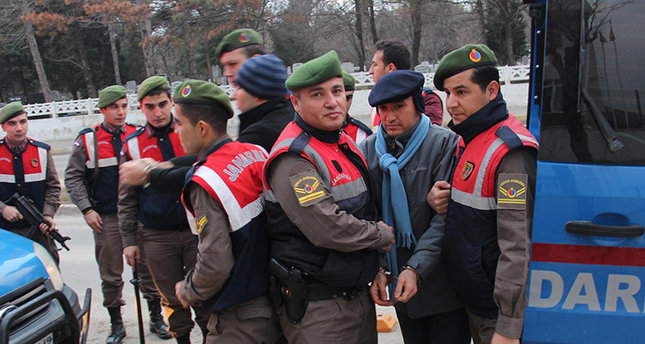 Speaking at the judicial year opening day ceremony at Supreme Court of Appeals in capital Ankara, Ismail Rustu Cirit said it was traumatizing that the members of the country’s judicial staff were involved in terrorist activities.

“It is of course a confidence-shaking situation for the society that almost one-third of judges and prosecutors, who are supposed to be entirely trustworthy, were involved in terrorist activities,” Cirit said.

The chairman of the Supreme Court also noted that the duty of judiciary was to make decisions in accordance with objective evidence.

“Our task is not to act with emotion, prejudice and sensationalism, but to make decisions in accordance with objective evidence, without compromising human rights that the Turkish legal system has raised with great success in recent years."

Cirit said those who misused their judicial powers to support the terrorist organization would equally stand trial in line with Turkish legal system.

"Each country is responsible for fighting terrorism and obliged to take measures to prevent the transfer of weapons and ammunition to the terrorist organizations. Failing to take these measures is equivalent to openly supporting terrorism.

“However, those countries supporting terrorism should know that one day these weapons will be turned against them someday. We expect countries, which indirectly or directly support terrorism, to act in accordance with international agreements and international law."