Everybody is making efforts for the lasting ceasefire 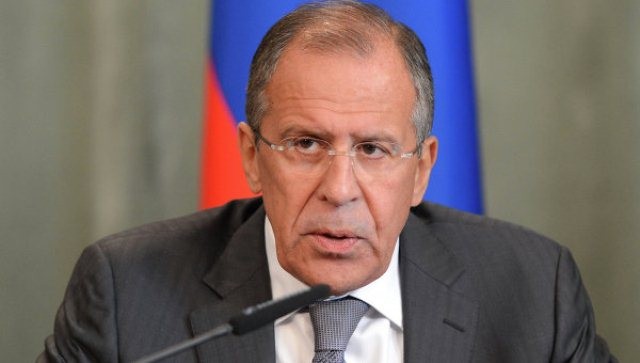 All the sides are making efforts for the non-resumption of fire in the Nagorno-Karabakh conflict zone, Russian Foreign Minister Sergey Lavrov said, Russian media reports.

Everybody is making efforts for the lasting ceasefire, Lavrov told reporters.

The conflict between the two South Caucasus countries began in 1988 when Armenia made territorial claims against Azerbaijan. As a result of the ensuing war, in 1992 Armenian armed forces occupied 20 percent of Azerbaijan, including the Nagorno-Karabakh region and seven surrounding districts. The 1994 ceasefire agreement was followed by peace negotiations. Armenia has not yet implemented four UN Security Council resolutions on withdrawal of its armed forces from the Nagorno-Karabakh and the surrounding districts.
On the night of April 2, 2016, all the frontier positions of Azerbaijan were subjected to heavy fire from the Armenian side, which used large-caliber weapons, mortars and grenade launchers.

The armed clashes resulted in deaths and injuries among the Azerbaijani population. Azerbaijan responded with a counter-attack, which led to liberation of several strategic heights and settlements. More than 370 Armenian soldiers, 12 tanks, 12 armored vehicles and 15 artillery guns have been destroyed from April 2 until today.

Military operations were stopped on the line of contact between Azerbaijani and Armenian armies on Apr. 5 at 12:00 (UTC/GMT + 4 hours) with the consent of the sides, said Azerbaijan's Defense Ministry.