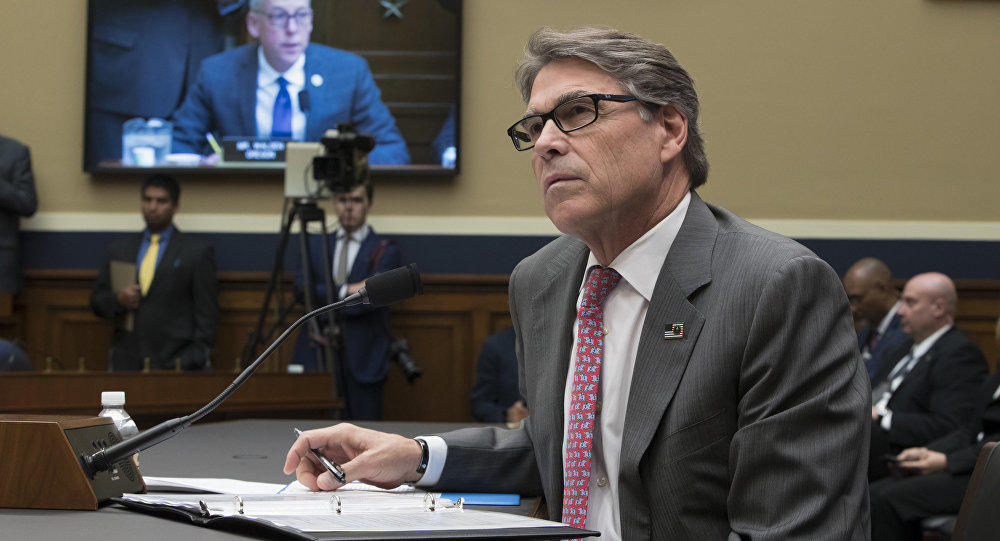 US Secretary of Energy Rick Perry is the subject of a social media backlash after claiming that fossil fuels will help prevent sexual assault in Africa, referring to a meeting with a "young girl" in South Africa who confirmed his theory.

Axar.az reports citing Sputnik that, social media users have rounded on US Secretary of Energy Rick Perry after he connected the use of fossil fuels to sexual assault, claiming that "the light of righteousness" from burning hydrocarbons would prevent sex attacks in Africa.

Speaking at a forum in Washington on Thursday morning hosted by Axios and NBC News, Perry recounted his visit last month to Cape Town, South Africa, where he attended a conference on oil and gas partnerships on the continent. Perry said that power produced from fossil fuels could help prevent sexual assault there.

"It's going to take fossil fuels to push power out into those villages in Africa, where a young girl told me to my face, one of the reasons that electricity is so important to me is not only because I'm not going to have to try to read by the light of a fire and have those fumes literally killing people, but also from the standpoint of sexual assault. When the lights are on, when you have light that shines, the righteousness, if you will on those types of acts," Perry told the forum.

The remarks were posted on Twitter by Timothy Cama, a reporter from The Hill. Social media users were quick to denounce Perry's comment, with some likening it to a satirical story from The Onion.

Perry's claim comes after a wave of allegations of sexual assault against several public figures in recent weeks, which was set off by the Harvey Weinstein scandal.

In light of the negative reaction, the Department of Energy issued a clarification of Perry's remarks on Thursday afternoon.

"The secretary was making the important point that while many Americans take electricity for granted there are people in other countries who are impacted by their lack of electricity," spokeswoman Shaylyn Hynes stated.