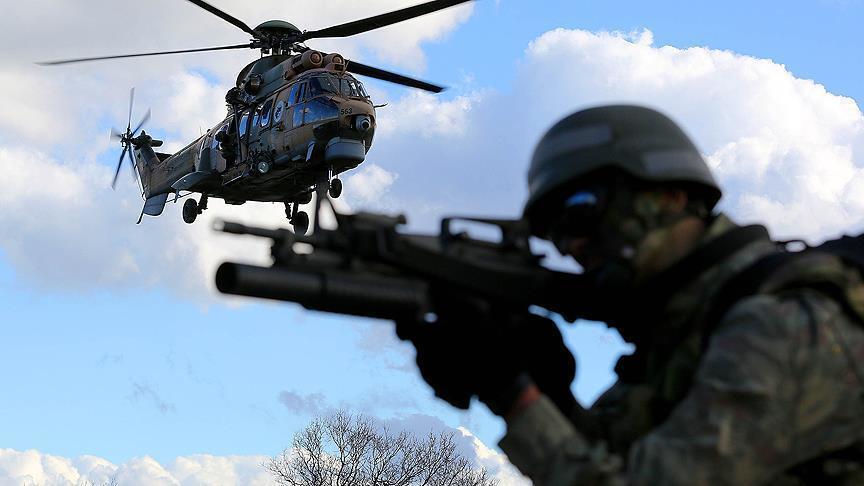 Turkish security forces have killed one PKK terrorist in the east of the country, Bitlis regional governor's office said on Monday.

One M-16 infantry rifle, two hand grenades, and a walkie-talkie were seized during the operation.

The statement added counterterrorism operations would continue to maintain peace and security.

For more than 30 years, the PKK has waged a terror campaign against Turkey leading to the deaths of more than 40,000 people -- security forces and civilians alike -- including more than 1,200 since July 2015 alone.