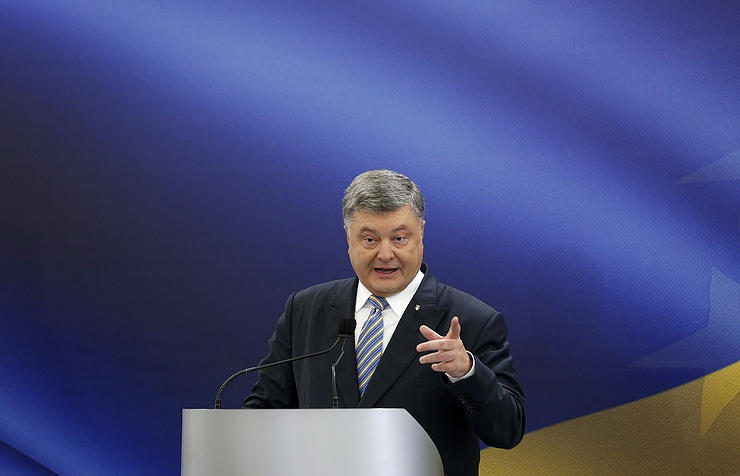 Ukraine’s President Pyotr Poroshenko has supported the law "On Education" that was vehemently opposed by some European countries. This law gives the Ukrainian speech back to the citizens, Poroshenko said.

"Yes, we are protecting national minorities, but every Ukrainian will speak the Ukrainian language," the head of state said, speaking of the education reform adopted by the parliament.
On September 25, Ukraine’s President Pyotr Poroshenko signed the law "On education" that, in particular, determines that the educational process should be based on the state language only. Until 2020, minority languages, including Russian, will be taught until the fifth grade. After that, the whole education process will be entirely Ukrainian-speaking starting from the first grade.

The new version of the Ukrainian law "On education" was criticized by seven countries, including Russia. Poland, Bulgaria and Greece reacted vehemently to the law adoption. Romania’s President Klaus Iohannis cancelled his visit to Ukraine that was scheduled for October. Hungarian Foreign Minister Peter Szijjarto stated that Budapest in the European Union will block any move that may lead to further Ukraine’s advancement in the process of European integration.

On October 12, the Parliamentary Assembly of the Council of Europe (PACE) approved a strict resolution on the Ukrainian law "On education" and admitted that it is a great obstacle for educating national minorities in their native languages. Ukraine’ Foreign Ministry sent the law to be studied by the Venice Commission, which is expected to release its findings in December.