Kushner: Trump team had no contacts with WikiLeaks 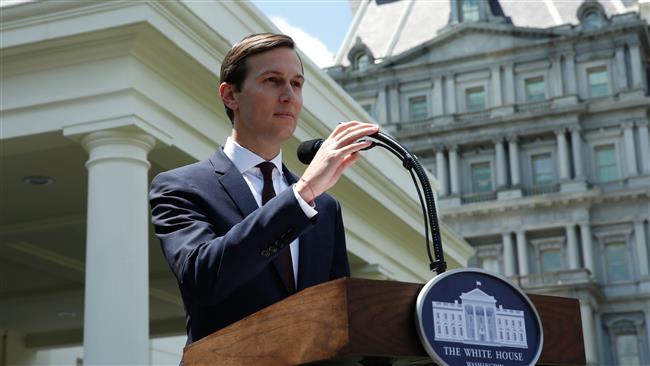 The attorney for the US president's son-in-law and adviser Jared Kushner has commented on the recent media reports of his client's engagement with WikiLeaks during the 2016 US election.

US President Donald Trump's son-in-law and adviser Jared Kushner said in his July testimony to the US Congress in the probe into alleged Trump’s campaign team collusion with Russia, that he did not have any contacts with WikiLeaks whistleblowing website, and he did not know about such contacts by other team members, Kushner’s attorney Abbe Lowell said on Saturday.

"Mr. Kushner was asked if he had contacts with Wikileaks, Guccifer or DC Leaks and said no. He also said he did not know of such contacts by the campaign. From all I have now seen, his statement was accurate then as it is now. In over 6 hours of voluntary testimony, Mr. Kushner answered all questions put to him and demonstrated that there had been no collusion between the campaign and Russia," Lowell said in a statement as quoted by CNN broadcaster.

Following the report, US lawmakers from the Senate Judiciary Committee wrote a letter to Lowell asking him to submit some documents, required for the investigation, including an email about WikiLeaks, which Kushner had forwarded to another campaign official.

Kushner was questioned by US lawmakers behind closed doors in July after media reports had emerged about his participation in a meeting in June 2016, between Trump Jr., and Russian lawyer Natalia Veselnitskaya, during which the lawyer allegedly wanted to provide Trump Jr. with some damaging information about Trump’s then-election rival Hillary Clinton. The claim was subsequently denied by Veselnitskaya who also said she had no links to the Kremlin.

After his testimony, Kushner released a statement where he said he did not have any improper contacts and had not colluded with any foreign government.
The US authorities are currently probing Russia’s alleged meddling in the 2016 US presidential vote, as well as alleged collusion between Trump’s team and Moscow. Both the US president's administration and Moscow have repeatedly denied the allegations. Russia has also denied allegations of interfering with the US vote, saying that such actions contradicted the principles of Russia’s foreign policy.