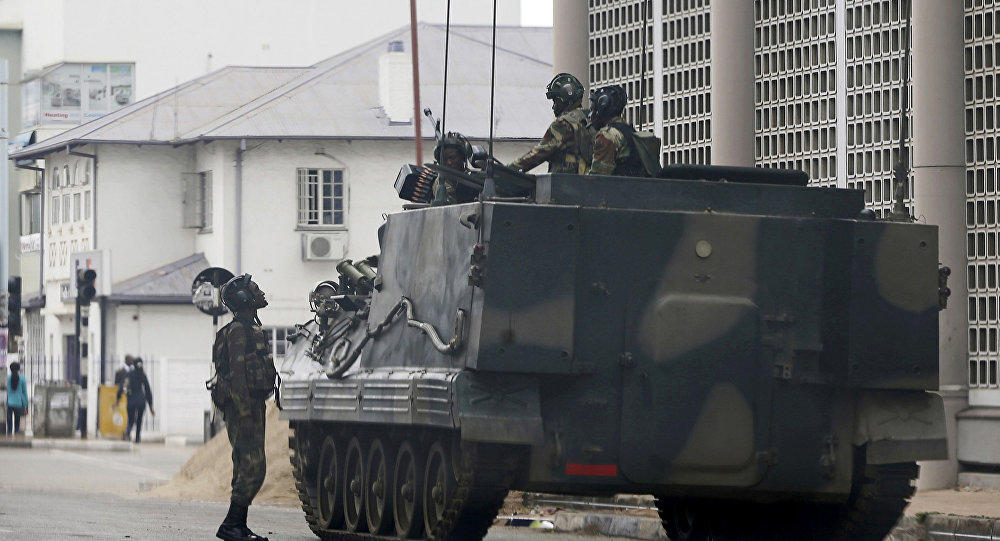 The court's decision comes just a day after Zimbabwe's new president was sworn in.

Axar.az reports citing Sputnik that, according to state-run media ZBC, a Zimbabwe High Court has ruled that the military takeover that had rocked Harare last week and led to Robert Mugabe's resignation announced by the ruling party has been legal and "constitutionally permissible."

"Actions by the Zimbabwe Defence Forces to stop the usurping of power by those close to former president Robert Mugabe are constitutional," the court has stated as quoted by the media.

Last week, the country’s military deployed armored vehicles to the Zimbabwean capital city, confining former President Mugabe to his residence, with his resignation following on Tuesday after the ruling party decided to begin impeachment proceedings against the 93-year-old leader.

Following the resignation of Mugabe, who has de-facto ruled the country for almost 40 years, the Zimbabwean African National Union-Patriotic Front (ZANU-PF) party nominated former Vice President Emmerson Mnangagwa, who previously fled the country shortly after being sacked by the former president resulting in the recent turmoil, as a presidential candidate.

Mnangagwa, 75, who has been enjoing military's support and has been widely considered as a likely successor to Mugabe, has been sworn in on Friday, with the new leader of the African nation vowing to fight corruption and calling on states that had imposed sanctions on Zimbabwe to reconsider them. He will serve as interim president until late August 2018 when Mugabe’s term was set to expire, with new election in the country set to be held as scheduled next year.