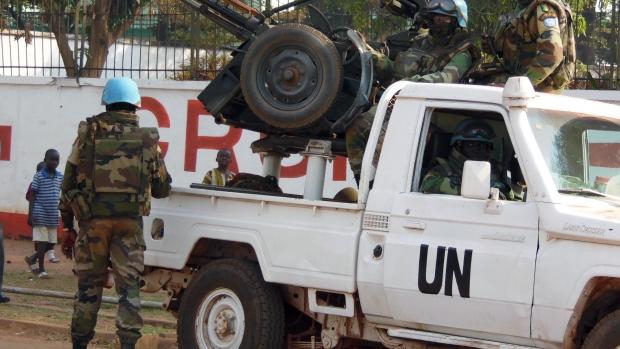 Suspected Christian militias killed an Egyptian U.N. peacekeeper and wounded three others in an attack in southern Central African Republic on Sunday, the United Nations said in a statement.

Axar.az reports citing Reuters that the attack, which the United Nations said was carried out by anti-balaka militants, occurred in Gambo, about 100 km (60 miles) from the town of Bangassou where more than 100 civilians and three Moroccan peacekeepers were killed in separate incidents in May and July.

Since then, the United Nations’ 13,000-strong Central African Republic mission, known as MINUSCA, has struggled to restore order to a country where government control barely extends beyond the capital Bangui.

In total, 13 MINUSCA peacekeepers have been killed in the country this year alone.