'Kurds will be abandoned, betrayed or forgotten' by US 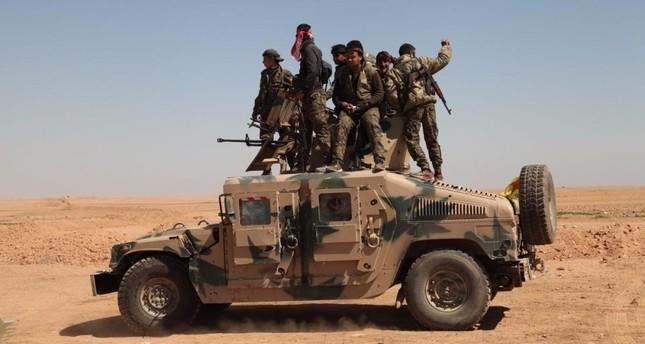 Robert Fisk, an experienced journalist working at The Independent, has said in a recent article that the Kurds in Syria whom the U.S. has been supporting militarily, will be left alone by the same superpower "in the months to come."

Axar.az informs citing DS that referring to the YPG militants that the U.S. has been aiding and abetting in the fight against Daesh terrorists, Fisk said they will be abandoned soon, as Daesh is in a serious decline.

"Truly, the U.S. has turned into the Cheshire Cat, sometimes quite disappearing from our vision with the exception of various bits and bobs of American special forces who pop up to help Kurds and weirdly named militias – all of which appear to have three-letter acronyms – who will be abandoned, betrayed or forgotten in the months to come," Fisk said, mentioning the play on words the PKK has been employing for its offshoots in the region.

The PYD is the Syrian affiliate of PKK, a globally recognized terrorist group. And the YPG is the military wing of PYD, as HPG is to the PKK in Turkey.

The group has waged a bloody war against Turkish security forces and civilians for decades, and resumed its armed campaign against the Turkish state in July 2015, unilaterally violating a cease-fire.

U.S. President Donald Trump promised his Turkish counterpart Recep Tayyip Erdoğan in a phone call on Friday that the U.S. will no longer provide weapons to the YPG, Foreign Minister Mevlüt Çavuşoğlu said.

Speaking to reporters after the phone call between the two leaders, Çavuşoğlu welcomed Trump's guarantee, saying Turkey wants to see the decision being implemented.