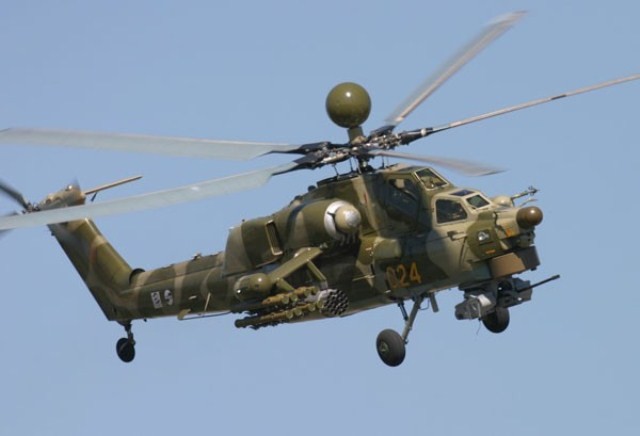 A Mil Mi-28N strike helicopter of the Russian Aerospace Forces has crashed in Syria, two its crewmembers have been killed, the Russian Defense Ministry’s press service reported on Tuesday.

The ministry has denied claims that the helicopter was shot down.

"At 01:29, Moscow time on April 12, 2016, a Mi-28N helicopter of the Russian Aerospace Forces crashed during a mission in the area of the city of Homs (in the Syrian Arab Republic). Two crewmembers (of the helicopter) were killed," the ministry said in a statement.

"According to a report from the crash site, the helicopter did not come under fire," the press service said.

The recently provided footage showed the military hovercraft make its debut in Syria. The footage shows the usage of at least one Mi-28N helicopter in fighting against the Islamic State terrorists near the city of Palmyra (Homs province). The rotor-wing aircraft used both types of "Ataka" (AT-9 Spiral 2) guided missiles, namely, 9M120 with anti-tank shaped-charge warhead and anti-personnel 9M120F with combined high-explosive/aerosol-explosive warhead. Mi-28N eliminated hostile infantry fighting vehicle and destroyed a small building with terrorists inside. The helicopter`s gunner was guiding the missiles using radio command guidance system. The footage also shows image from the helicopter`s TV camera.