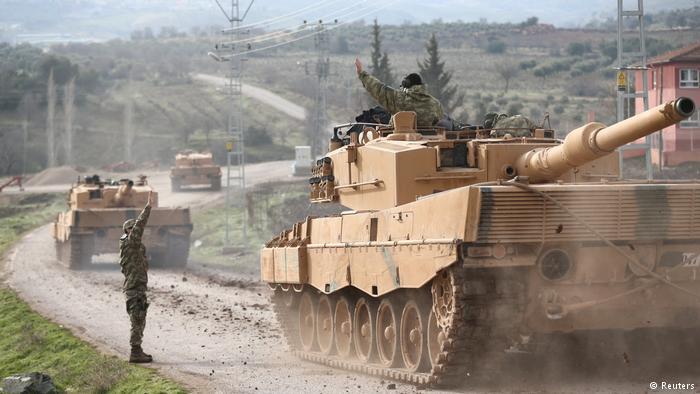 The Turkish military and the Free Syrian Army (FAS) forces took control of the Bulbul town center in the northern part of Syria from the PYD/PKK terrorist organization on Thursday, according to Anadolu Agency reporters in the region.

Since the beginning of the Afrin operation, which was launched by Turkey on Jan. 20 to eliminated the PYD/PKK and Daesh terrorists in northwestern Syria, the Turkey-backed forces freed a total of 29 points, including one town center, 20 villages, six inhabited areas, seven strategic mounts or hills.

The operation also aims to establish security and stability along Turkey’s borders and the region as well as to protect Syrians from terrorist oppression and cruelty.

The operation is being carried out under the framework of Turkey's rights based on international law, UN Security Council resolutions, its self-defense rights under the UN charter, and respect for Syria's territorial integrity, according to the Turkish military.

The military also said only terror targets are being destroyed and that "utmost care and sensitivity" is being put on avoiding harming civilians.