Why China is welcome in Latin America, not US 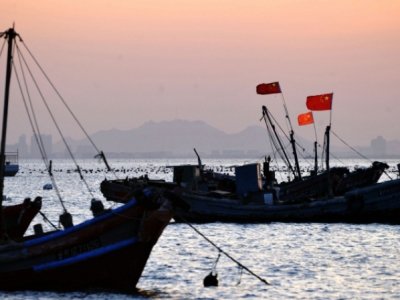 Unlike the United States, China is welcome in Latin America, because it “invests capital, is a good trading partner, respects countries' sovereignty” and does not pursue a policy of regime change, says Dennis Etler, an American political analyst who has a decades-long interest in international affairs.

Etler, a former professor of Anthropology at Cabrillo College in Aptos, California, made the remarks in an interview with Press TV on Friday while commenting on a speech US Secretary of State Rex Tillerson delivered on Thursday before leaving for a Latin America tour.

In a wide-ranging speech at the University of Texas, Tillerson warned Latin American countries against excessive reliance on economic ties with China, saying Beijing is establishing “a foothold in Latin America.”

The top US diplomat said the region should stay away from Chinese investment, European colonialism and Russian arms sales.

"China is getting a foothold in Latin America. It is using economic statecraft to pull the continent into its orbit," Tillerson told a crowd at his alma mater.

"Latin America does not need new imperial powers that seek only to benefit their own people," he stated.

He added that the regional states should protect themselves against "predatory actors."

“There are lies, damned lies and whatever comes out of the mouth of US imperialist henchmen like former Exxon-Mobil CEO, now US Secretary of State, Tillerson,” Etler told Press TV.

“In comments made prior to his departure on a six nation tour of Latin America Tillerson reiterated the Monroe Doctrine, first promulgated in 1823. When first invoked the Monroe Doctrine was meant to warn European powers against intervening in the Western hemisphere as its many emerging nations sought independence from Spain and other European colonialists. It was also meant to place the US as the gatekeeper of Latin American independence from European meddling,” he added.

“As US power grew throughout the 19th and 20th centuries it began to see Latin America as its own preserve to be exploited without any rivalry from other imperialist powers. Central and South America became a playground for US corporations seeking super-profits from its super-exploited population held in place by US supported oligarchs and the military juntas that supported them. As a result Latin America has been mired in poverty and corruption throughout its history,” the analyst said.

“The US has intervened at will, sending its armies when necessary to occupy sovereign nations and using its intelligence agencies and proxy forces to subvert any attempts by the people of Latin America to assert their independence and economic, political and social self-determination. US corporations in league with pro-American governments installed by US political machinations have ruled the roost for most of the 20th century,” he stated.

“Whenever populist forces emerged they were quickly put down with much loss of life and treasure. The list of countries that felt the wrath of US imperialism includes nearly all of Latin America. It is only in the last two decades that anti-imperialist governments have gained a foothold in Latin America and the US has been intent on dislodging them by hook or by crook,” he noted.

“Military coups and soft political coups have been staged in a number of countries and harsh sanctions and embargoes have been applied to other recalcitrant nations that dare stand up to the bully from El Norte,” he observed.

How US lost its hold on nations in its own backyard

“The US has traditionally been able to fend off popular uprising and revolutionary movements in Latin America because of its overwhelming power and influence. But as the US overextended itself in the Middle East and South Asia it began to lose its hold on the nations in its own backyard. As US influence waned other players entered into the fray, the expanding economic interests of China being of paramount importance,” Professor Etler said.

“Tillerson sees China’s increasing role in Latin America as a zero-sum game. His assertion that, ‘Latin America does not need new imperial powers that seek only to benefit their own people,’ and regional states should protect themselves against ‘predatory actors,’ is a projection of US actions onto its geopolitical rival China,” he added.

“It is the US that has done what Tillerson accuses China of doing, a clear case of the pot calling the kettle black,” the commentator noted.

“China has in reality played a very progressive role in Latin America, based on its policy of non-interference in the internal affairs of other nations and mutually beneficial economic relations. It is the US, not China that intervenes in Latin American politics on an ongoing basis and the US that has economically exploited Latin America for its whole history,” Etler said.

“Unlike the US China is welcome in Latin America. It invests capital, is a good trading partner, respects countries' sovereignty and does not subvert or threaten them militarily by promoting regime change. China maintains good relations with all Latin American countries no matter which political forces are in control. Yet it is also a steadfast friend and supporter of those nations which take an anti-imperialist stand and seek to take their destinies into their own hands,” he argued.

“The US does not fear other imperialist powers gaining a foothold in Latin America. That is a chimera of its own making. The US fears that it is losing its privileged position in Latin America that has allowed it to maintain an iron grip on the economics and politics of the region for decades on end. It is desperately trying to stem the tide of history and turn back the clock, but its admonitions are doomed to fall on deaf ears,” the academic concluded.