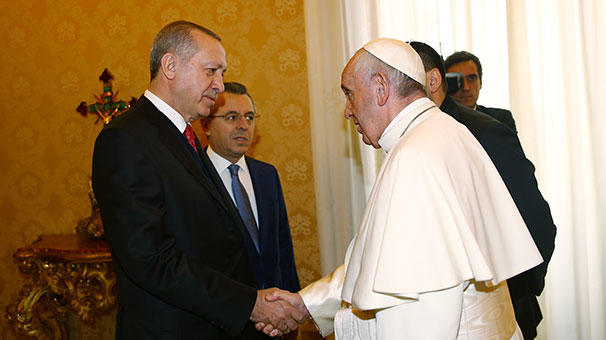 Turkish president began his two-day visit to the Vatican City Monday that saw him being welcomed with an official ceremony at the Apostol Palace.

Following the official ceremony, Erdogan was welcomed by Pope Francis ahead of their one-on-one meeting at the doorsteps of Apostol Palace.

The pope said "Buongiorno" to the Turkish president to which he responded with "how are you?"

Erdogan also expressed his gratitude for the welcome while the pope thanked the Turkish president for the official visit.

The two leaders later went for a closed-door meeting at the Apostol Palace's Library Hall.