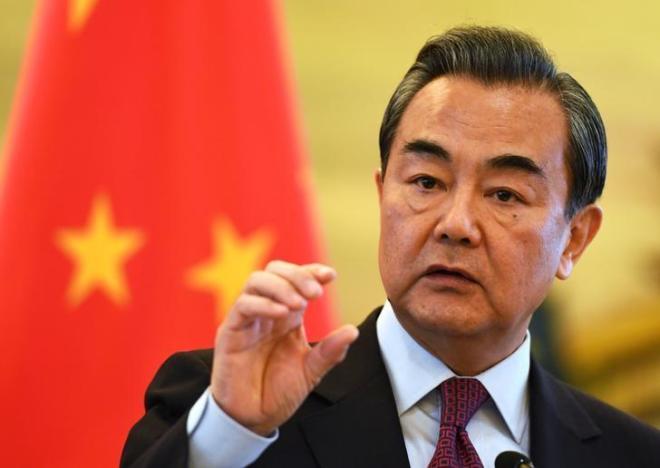 China has called on the European Union to help the Asian nation and take a joint stance against 'protectionism' by the United States as the retaliatory trade policies of Beijing and Washington seem to affect Europe.

"China and the EU ... should take a clear stance against protectionism, jointly preserve the rules-based multilateral trade order, and keep the global economy on a sound and sustainable track," Zhang Ming, the head of the Chinese mission to the EU, said in a statement on Friday.

He added, "This is a joint responsibility of China and the EU. We must act together to make that happen."

The call to Brussels came as US President Donald Trump directed his administration officials to consider imposing $100 billion in additional tariffs on China, stoking fears of a full-blown trade war between the two largest economies.
"In light of China’s unfair retaliation, I have instructed the USTR to consider whether $100 billion of additional tariffs would be appropriate under section 301 and, if so, to identify the products upon which to impose such tariffs," Trump said in a statement on Thursday, referring to the US Trade Representative.

In his statement, the Chinese envoy threw his country's weight behind multilateralism, saying, "The United States turns its back on these globally recognized rules and its own commitment."

He warned that the US protectionist measures "under the pretext of national security" would damage the "credibility of the WTO-centered multilateral trade system, and the rules-based global trade order."

His comments came after China’s Commerce Ministry said in a statement that Beijing would retaliate with fresh measures to safeguard its interests if Washington stuck to its actions.
“We don’t want a trade war but we aren’t afraid of fighting one,” a spokesperson was quoted as saying in the Friday statement posted on the ministry’s website.

China on April 1 imposed fresh tariffs of up to 25 percent on 128 US products such as frozen pork, wine, and certain fruits in response to Washington's duties on aluminum and steel imports.
"Instead of targeting fairly traded US exports, China needs to stop its unfair trading practices which are harming US national security and distorting global markets," White House spokeswoman Lindsay Walters said on Monday.

Following the Chinese announcement, US stocks plunged sharply and Asian shares traded lower as fears of a trade war between the US and China rise. The S&P 500 Index fell 2.2 percent, while the Dow Jones Industrial Average lost 1.9 percent.

Late in March, China called on the World Trade Organization to prevent the United States from "wrecking" the world body through imposing new trade tariffs, urging the member states of the WTO to oppose those tariffs.
Beijing's envoy Zhang Xiangchen told delegates at the Geneva-based trade body that President Trump's plan to impose tariffs on up to $60 billion of Chinese goods under Section 301 of the 1974 US Trade Act was against WTO rules.