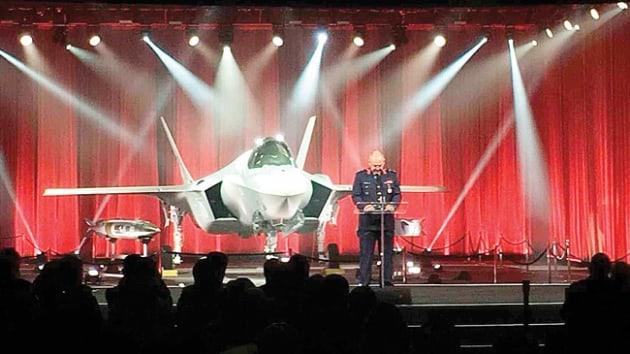 U.S. lawmakers are threatening to block Turkey from obtaining its promised fleet of 100 F-35 fighter jets over Ankara’s human rights violations and planned purchase of a controversial Russian air defence system. But it’s not clear that President Donald Trump’s administration will back them up.

Turkey, the third-largest planned operator of the F-35 after the United States and the United Kingdom, just received its first aircraft during a June 21 rollout ceremony at Lockheed Martin’s Fort Worth, Texas, facility. But members of U.S. Congress are pushing to prevent the planned transfer of those jets across the Atlantic to Turkey next summer, after pilot training wraps up, and to kick Ankara out of the nine-nation F-35 consortium altogether.

Caught in the middle of the tense bilateral relations is the United States’ flagship fighter jet.

“We’re talking about an aircraft here, but what we’re really talking about is whether Turkey can’t be trusted with America’s frontline fighter, particularly if they are buying Russian systems,” said Aaron Stein, an expert on Turkey with the Atlantic Council, a Washington-based think tank. The debate over the F-35 is “actually about what this alliance is all about.”

In particular, lawmakers and top U.S. brass have warned against Turkey’s planned purchase of the sophisticated Russian-built S-400 missile system. Officials say the integration of the S-400 with the F-35 and NATO air defences could compromise closely guarded military secrets.

“Most of the leaders I dealt with in Turkey are in prison right now,” said retired U.S. Air Force Lt. Gen. Tome Walters, who served as director of the Defense Security Cooperation Agency from 2000 to 2004. “The assumption was, these are our allies and they will be our allies forever, but now we have Erdogan and we have the Russian S-400, so do we want the F-35 in an authoritarian Turkey?

But it may not be in Washington’s interest to pick a fight with Ankara right now. Turkey’s Incirlik Air Base in southern Turkey is a critical launching pad for operations in the Middle East, particularly the campaign against the Islamic State, and also home to a U.S. stockpile of B61 nuclear bombs, a linchpin of U.S. nuclear deterrence in Europe.