"Conflict cannot be settled without dialogue" 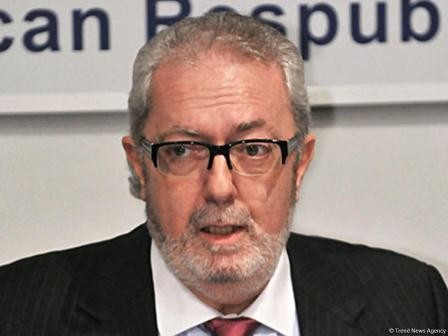 President of the Parliamentary Assembly of the Council of Europe (PACE) Pedro Agramunt has met with chairs of the Azerbaijani and Armenian delegations in PACE, Samad Seyidov and Samvel Farmanyan.

"Met with Azerbaijani and Armenian chairs of delegations in PACE," Agramunt tweeted Apr. 20. "No conflict can be solved without dialogue."

Military operations were stopped on the line of contact between Azerbaijani and Armenian armies on Apr. 5 at 12:00 (UTC/GMT + 4 hours) with the consent of the sides.