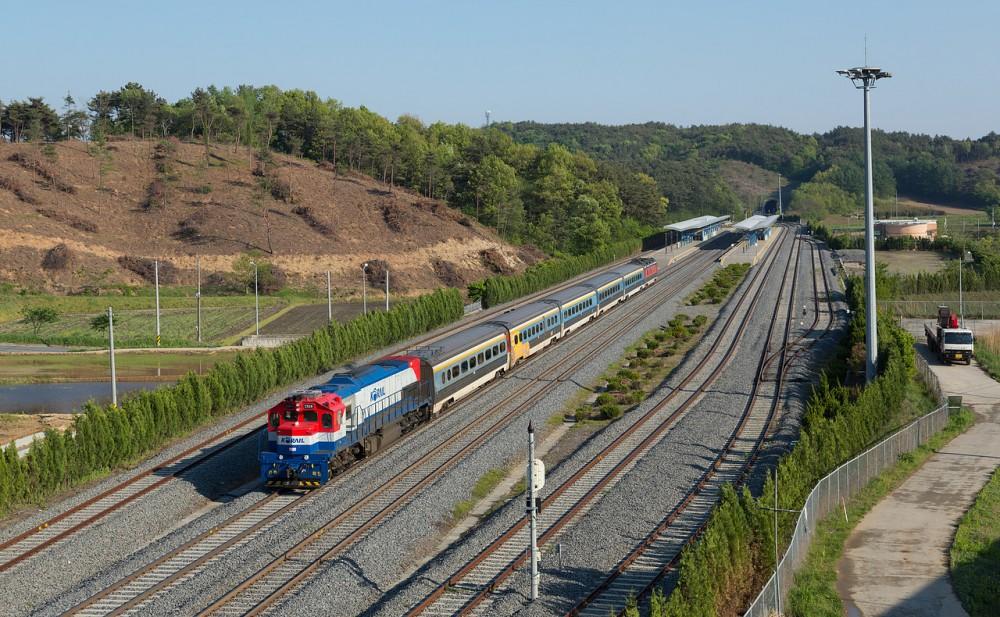 South and North Korea agreed Thursday to hold a groundbreaking ceremony later this month for their project to modernize North Korean railways and roads and connect them to the South, the unification ministry said.

The ceremony will be held at the North's Panmun Station, just north of the inter-Korean border, on Dec. 26, the ministry said, announcing the results of a working-level meeting between the two Koreas which took place at their liaison office in the North's border town of Kaesong earlier in the day.

President Moon Jae-in and North Korean leader Kim Jong-un agreed at their third summit in Pyongyang in September to hold a ceremony before the end of the year to break ground for the project to reconnect two sets of cross-border railways and roads.

About 100 people from each side will attend the ceremony, according to the ministry.

Sources said that the two sides shared an understanding on the need to raise the level of participants as much as possible, but chances are slim that the leaders of the two countries will be present at the ceremony.

Four officials from each side -- including Kim Chang-su, a deputy chief of the liaison office from South Korea, and Hwang Chung-song, a senior official at the Committee for the Peaceful Reunification of the Country, the North's state agency in charge of inter-Korean affairs -- took part in the talks, according to a ministry official.

As part of the project, the two sides have been conducting a joint railway inspection since last month to check the condition of the North's railways.

While the railway review is slated to be wrapped up next week, the Koreas have yet to conduct an additional road study following the one they conducted in August.

They originally planned to finish the inspections before the ceremony, but the official earlier said the event could take place before their completion.

South Korea has also been in discussions with the United States about whether the ceremony would be in violation of sanctions. In that case, a sanctions waiver is required for the ceremony to go ahead. A similar sanctions exemption was granted by the U.N. Security Council for the railway inspection project.

Earlier this month, Moon referred to the envisioned event as a "launch ceremony" in an apparent indication of concerns that the beginning of actual construction for the project could violate sanctions.

"We are closely coordinating with the U.S. (over the ceremony), and preparing to make sure that we cause no concerns to the international community," the official said.