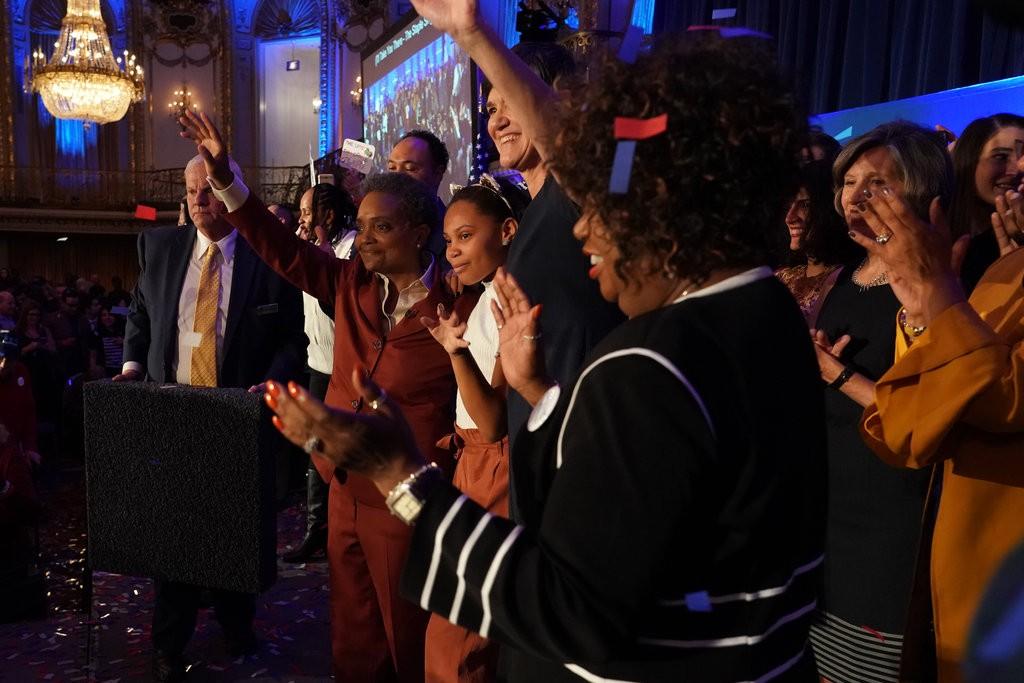 Lori Lightfoot told aldermen and other city powerbrokers assembled at her inauguration on Monday as Chicago’s first black woman mayor that she meant what she said on the campaign trail about top-to-bottom reforms in the nation’s third largest city.

“Well, get ready, because reform is here,” Lightfoot said.

She spoke about curtailing some powers of city council members to lessen temptations for corruption and that structural changes to reduce gun violence would be among her top priorities.

Hours later, she signed an executive order limiting aldermanic prerogative, a custom that allows each alderman to direct zoning and period decisions in their ward.

Among her toughest challenges - and perhaps the one most scrutinized by those outside the city - will be overhauling the beleaguered Chicago Police Department.

Lightfoot isn’t the first incoming Chicago mayor to have pledged to overhaul a department accused for decades of abuses. But with a court-monitored plan, or consent decree, recently approved by US District Judge Robert Dow, she has the best chance of actually getting it done.

Lightfoot, who made history in April when she defeated a longtime political insider to become the first black woman elected to lead Chicago, signaled days before her inauguration that she’s serious about transforming the 13,000-officer force by appointing top staffers with histories as strong police-reform advocates.

Even with court backing, Lightfoot faces obstacles to enacting the meaningful changes that protesters sought after the 2015 release of video of a white officer shooting black teenager Laquan McDonald 16 times.

“I believe she’s a true reformer,” said Phil Turner, who like Lightfoot, is a former federal prosecutor in Chicago. “But there’s a difference between trying to reform police and reality. She is up against a lot of enrichened forces.”