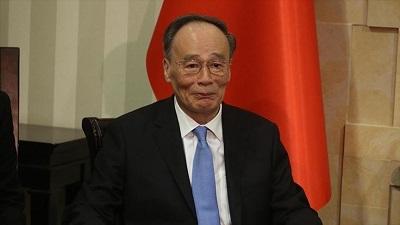 With a backdrop of a mega project to boost economic ties, China’s vice president arrived in Pakistan on Sunday for an official three-day visit.

According to Pakistan’s Foreign Ministry, during his stay in Islamabad Wang will call on President Arif Alvi and Prime Minister Imran Khan.

The visit continues high-level exchanges between the two countries, which have increased since Premier Imran Khan's visit to China last November and participation this April in a forum on the massive Belt and Road project, said a ministry statement.

During the visit, Pakistan and China will sign several memorandums of understanding and agreements while Wang will also inaugurate projects related to the China-Pakistan Economic Corridor (CPEC) plank of the Belt and Road project.

The CPEC, a multibillion-dollar cooperation deal between China and Pakistan signed in 2014, aims to connect northwest China to Pakistan's southwestern Gwadar port through a network of roads, railways, and pipelines to transport cargo, oil, and gas.

The corridor is set to not only provide China cheaper access to Africa and the Middle East but also to earn Pakistan billions of dollars for providing transit facilities to the world's second-largest economy.

During an April 26 visit to Beijing, Khan announced the next phase of the CPEC and said his country will now focus on eliminating poverty from Pakistan.

"Together, Pakistan and China are entering the next phase of CPEC, with greater emphasis on socioeconomic uplift, poverty alleviation, agriculture cooperation, and industrial development," Khan said in Beijing.